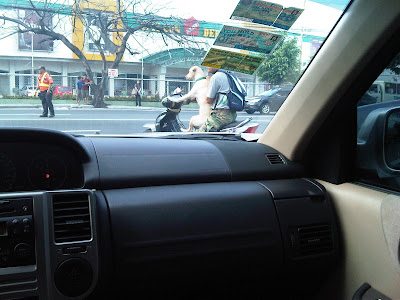 We were approaching a junction in Las Pinas, Manila, Philippines on the 16th February 2012, when we were overtaken by a dog driving his owner on a motorbike. This was the only picture we were able to take, and the dog drove off. I have never seen anything like it.

HETT says that she saw a cow on a motorbike. 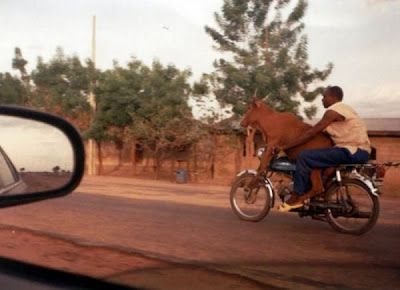 What’s next? An elephant?