From The Research that I have done in the past on this subject, there is no cure, its Analogous to thinking the Flue Vaccine Works.

They are ‘BAD APPLES’ & if allowed to remain with the ‘uncontaminated fruit’ they will contaminate and destroy it. 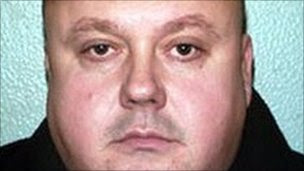 Levi Bellfield, triple murderer. Why was he released to kill again?

Time after time the do good Stalwarts of Society, always want to give them the benefit of a doubt, & they always reoffend. If you don’t believe me, just look up the PERVERTS that have reoffended over the last say 5 Years.

It is a breach a Child’s Human Rights that they should ever come into contact with a these PERVERTS.
Responsible Adults should make sure they don’t.

Do you honestly think that Milly Dowler’s Killer, Levi Bellfield should be let loose.

When convicted, the 43-year-old Bellfield, was already serving a whole-life term for the murders of Amelie Delagrange and Marsha McDonnell – and the attempted murder of Kate Sheedy.

Jurors heard he carried out the murders by striking his victims on the head with a blunt instrument and tried to murder Kate Sheedy by deliberately running her over in a car.

Now let us consider another Prize Piece of Degraded Humanity, whilst we are about it viz. Ian Huntley The Soham Murderer.
Link:-

Former Soham caretaker Ian Huntley has been given two life sentences for the murders of 10-year-old schoolgirls Jessica Chapman and Holly Wells.
His former partner Maxine Carr was given three and a half years after being found guilty of conspiring with Huntley to pervert the course of justice.(should have been at least 12 Years)

NO! Either ‘Give Them The Chop’,or Lock’em Up for Actual Life on Hard Labour, there is always a possibility the inmates will get rid of them.
Both Bellfield & Huntley have been attacked.

4 Responses to “Paedophiles Can Never Be ‘Cured’”