This is Jaques Vallee. He is a scientist, computer scientist, author,
ufologist and astronomer. He worked on the first computer mapping
of the Martian surface for NASA. Here’s his wikipedia page:
http://en.wikipedia.org/wiki/Jacques_Vall%C3%A9e 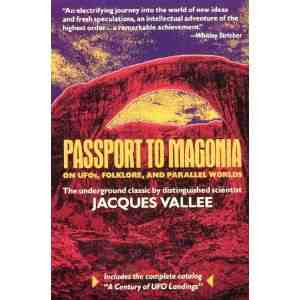 In 1969 Jaques Vallee published a book called Passport To Magonia, his
own investigation into UFO phenomena. His conclusions are very
interesting and are not well known:

“We are dealing with a yet unrecognised level of consciousness,
independent of man but closely linked to the earth…. I do not
believe anymore that UFOs are simply the spacecraft of some race of
extraterrestrial visitors. This notion is too simplistic to explain
their appearance, the frequency of their manifestations through
recorded history, and the structure of the information exchanged with
them during contact.”

“An impressive parallel can be made between UFO occupants and the
popular conceptions of demons. UFOs can project images or fabricated
scenes designed to change our belief systems.” Dr. Jacques Vallee

“…human belief… is being controlled and conditioned,” “man’s
concepts are being rearranged,” and we may be headed toward “a massive
change of human attitudes toward paranormal abilities and
extraterrestrial life.” Dr. Jacques Vallee:

“The ‘medical examination’ to which abductees are said to be
subjected, often accompanied by sadistic sexual manipulation, is
reminiscent of the medieval tales of encounters with demons. It makes
no sense in a sophisticated or technical or biological framework: any
intelligent being equipped with the scientific marvels that UFOs
possess would be in a position to achieve any of these alleged
scientific objectives in a shorter time and with fewer risks.”

Here is a customer review of the book from Amazon:

“Researcher Jacques Vallee has done an excellent job synthesizing the
various reports through the ages of our contact with otherworldly
entities. He especially empasizes the fairy lore of the Celtic region,
as this is relatively modern and also well-documented. 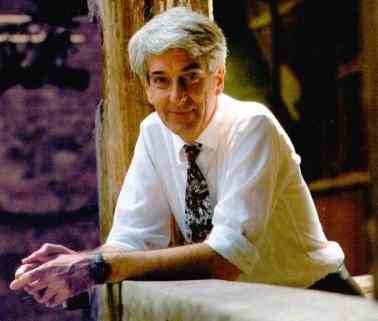 Vallee points out that many of the chief characteristics of contact
with fairies is coincidental of modern accounts of contact with
UFOnauts. He surmises that these accounts are cultural-specific
descriptions of a phenomenon that has been with us since time
immemorial. It is probable that everything from demons, incubi, and
jinns are one and the same as the aliens which now captivate our
global attention.

Interestingly, the entities have consistently been described as
possessing technology just beyond the means of whichever society is
experiencing the contact. Today, the entities appear in anti gravity
spacecraft, just as in the Bible they steered luminous chariots, and
in the great airship sighting wave of 1897, they seemed to be manning
turbine-driven zeppelins. The one constant throughout the ages has
been the entities proclivity to tinker with the genetics of mankind.
Vallee offers no answers to this strange phenomenon, but only wishes
to point out that it did not originate in modern times. ”
(Amazon
book review by Kevin Seeger “DudeSeeg”)

“A large part of the available UFO literature is closely linked with
mysticism and the metaphysical. It deals with subjects like mental
telepathy, automatic writing and invisible entities as well as
phenomena like poltergeist [ghost] manifestations and ‘possession.’
Many of the UFO reports now being published in the popular press
recount alleged incidents that are strikingly similar to demonic
possession and psychic phenomena….” Lynn E. Catoe (the senior
bibliographer for a government publication researched by the Library
of Congress for the U.S. Air Force Office of Scientific Research: UFOs
and Related Subjects]:

14 Responses to “The Occult Is Real, Just Hidden.”