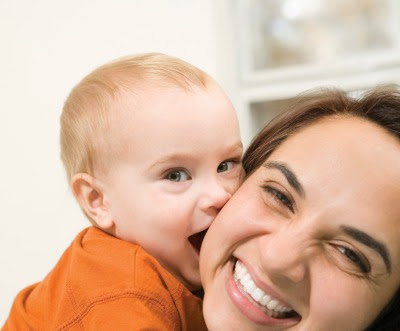 I’ve heard a lot of autism stories. Most of them sound pretty much the same.

Parent takes child to the pediatrician for a checkup. He or she is perfectly normal. Talks. Plays. Laughs. Gives Mommy and Daddy hugs and kisses. Looks at them. Responds to them. Normal.

MMR. DTaP. Hep B. Hib. Polio. Pneumonia. Flu. Chicken pox. Am I forgetting any? Oh, I think there’s a Hep A shot now. Anyway, you get the idea.

That night, the child has a fever.

Maybe even a seizure.

The high-pitched screaming lasts for hours.

Over the next few days and weeks, everything changes. Stops talking. Playing. Laughing. Giving Mommy and Daddy hugs and kisses. Looking at them. Responding to them. Not so “normal” anymore.

The child is eventually diagnosed with autism. Parent wonders about all those vaccines. Doctor says nah, it’s just a coincidence. Or the child had autism all along, and the parents just never noticed. Didn’t notice that he rarely slept, screamed for hours, had diarrhea day and night, banged his head against the wall. Doctor missed all the signs too. Completely. (Funny how when a child recovers from autism, the parents are often told that he never had autism in the first place.)

Now for my story.

It’s June 2006. My daughter Ann and grandson Jake, then 3½, live with me. One night we find a bat in Jake’s room. It tests positive for rabies, and we all get rabies shots. You can be bitten by a bat and not know it, and since rabies is almost always fatal, we don’t have a choice. Remember that word. Choice.

Shot number one and two are uneventful for Jake. Scary, though, because the hospital keeps him for a half hour to make sure he doesn’t go into anaphylactic shock. Shot number 3 ends in a trip to the emergency room that night. Fever of almost 102. Can’t wake him. Doctor says it’s an abnormal reaction to the vaccine and if it happens next time (with shot number 4), he shouldn’t get the last one. Well, I didn’t know a lot back then, but I knew enough to know that you don’t stop the rabies vaccines. Fortunately, Jake has no reaction—at least nothing we can see—to the remaining shots.

A couple weeks later, everything changes. Sound familiar? Jake stops talking. The kid who used to talk in paragraphs, never quiet, is silent. He stops playing—unless you call lining up his cars, meticulously, precisely, always the same, playing. Stops laughing. Stops giving Ann and me hugs and kisses. Stops looking at us. Or responding to us. He doesn’t seem to know we’re there. Stops feeding himself. Holding his own cup. Pottying. Now he’s walking on his toes. Flapping his arms. Looking to the side. His right eye is turning in. He’s floppy. Uncoordinated. Then the meltdowns start. Endless screaming and crying and trembling almost to the point of hyperventilating. He’s afraid of everything. Especially storms. And train whistles. And baths. Nobody can visit. We can’t go anywhere.

Jake has disappeared. Gone. Like someone came in the house and stole him from Ann and me.

Unlike many families of children who developed “autistic-like symptoms” after a childhood vaccine, we didn’t hear the usual “It was always there, you just didn’t notice it” or “It’s just a coincidence.” One doctor, after telling us that a link between vaccines and autism had not been proven, did suggest that we report the event to the VAERS (Vaccine Adverse Event Reporting System, vaers.hhs.gov). Another doctor, when we took Jake in for a regular checkup, said, “You don’t want any vaccines today, do you?” And another said she had seen a lot of children develop autism—usually after the MMR or DTaP. Never after a rabies vaccine.

So here’s a different kind of vaccine. One that no rational person would say no to if bitten or possibly bitten by a rabid animal. After all, you don’t survive rabies. Since my book has been published, I have heard of two other cases. But it’s definitely not something you hear very often. Which is one reason I think Jake’s story lends credibility to the whole vaccine-autism link. Yes. There is a connection. Without a doubt.

Some of my friends and acquaintances think I’m not quite all there on the vaccine issue. They sing the praises of those four dozen by kindergarten childhood vaccines. But when I refer them to the CDC’s recommended immunization schedule for adults (see the brand-new 2012 version at cdc.gov/vaccines/recs/schedules/downloads/adult/adult-schedule.pdf), they do a 180. Literally. They look at me like I’ve grown a third arm or something and say, “Hell no. I’m not getting all those shots.” But it’s okay to inject all that stuff into a baby? Sometimes I’ll ask a friend who I know is on some kind of medication—say, Zoloft—“How would you feel if you were watching the news one night and heard the words ‘Federal Zoloft Court’”? Now I have my friend’s attention. So I proceed to talk about our Federal Vaccine Court. The one that has paid out some $2 billion to families of children injured by vaccines (uscfc.uscourts.gov). Think about it. This is just basic common sense. Why have a vaccine court if there’s not a problem with the vaccines?

I’ve been called ignorant and even told I have blood on my hands. And I’m a member of a cult. You know which one I’m talking about. The group of people who want safe vaccines and want someone, anyone, to just entertain the possibility that vaccines can cause autism in some children. You’re probably a member too.

I have to admit I probably come across as crazy sometimes. The first words out of my mouth when I discover that a friend or relative is pregnant are, “Please, please, whatever you do, don’t vaccinate your baby.” That plea is often accompanied with a strong grip on the arm, which makes me appear even crazier. Or when I hear yet another story—and believe me, I hear one almost every day, sometimes more than one—of a perfectly normal child fading into autism following a vaccine, and the rage wells up in me until I see red and the tears come and suddenly I’m hugging a stranger and being hugged back. Crazy? Maybe.

6 Responses to “No More Kisses For Mummy”