Tap, 5 arguments why the Moon must be a spaceship.

1. The Moon’s orbit is at a miraculous distance from the Earth. It is in the only position between the Sun and the Earth that it can be the same size as the Sun in the sky periodically causing solar eclipses as viewed from the Earth. 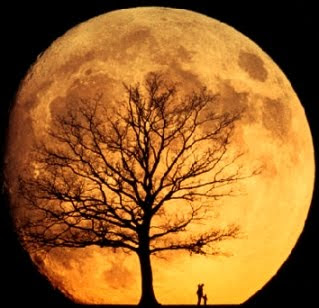 2. At 2,160 miles in diameter the Moon’s impossibly large to be a natural satellite of tiny planet Earth. Jupiter is the largest planet in our solar system. It has 64 moons. The largest – Ganymede – measures only 3,270 miles across. The Moon’s extraordinary size actually makes it the fifth largest satellite in the solar system.

Only the gas planets – Jupiter, Saturn, Neptune – have the gravitational pull to capture such a massive body as the Moon in its orbit. In comparison, the “moons” of Mars, Phobos and Deimos, are 16 miles and 8 miles across. None of the “rock planets” in our solar system – that is Mercury, Venus, Earth, Mars – can possibly acquire proper satellites.

3. No convincing scientific theory has explained the presence of the Moon. The Moon’s not a caught asteroid, its shape is of a planetoid, similar to the Moons of Saturn and Jupiter. The Martian asteroid moons Phobos and Deimos are ugly irregular-shaped objects whilst the Moon is an almost perfect sphere, like a planet. The traditional “scientific” explanation of the origin of the Moon is that it was previously a chunk of the Earth, the outcome of a Cosmic Collision billions of years ago. It is unexplained exactly how the original singular planet was split in such a way that both became spherical bodies entwined in orbit. Robin Brett (NASA scientist) said: “It seems easier to explain the non-existence of the Moon than its existence.”

4. Experiments have shown the Moon is hollow. In 1969 NASA hit the Moon with a lunar module in an impact that generated the equivalent in energy of about 1 ton TNT. Of this event, Maurice Ewing, the co-director of the lunar seismic experiment, said “it is as though someone had struck a bell, say, in the belfry of a church, a single blow and found that the reverberation from it continued for 30 minutes.” On a later mission NASA repeated the experiment, this time with the equivalent of 11 tons TNT. This time the Moon shook for 3 hours 20 minutes and enabled them to learn something else: according to one NASA source, the Moon “wobbled” in such a precise way that it was “almost as though it had gigantic hydraulic damper struts inside it”. At the time, Sean C. Soloman. MIT said experiments had suggested the “frightening possibility that the Moon might be hollow.”

5. The thin outer crust – 20 miles or so – of the Moon is composed of an impossible array of elements and processed alloys that make the surface extraordinarily hard, almost as if it was armour designed to resist hard impacts. Scientists cannot account for the huge amount of titanium found in lunar rock. Process metals like brass and mica have also been found, along with Uranium 236 and Neptunium 237, which are only formed in nuclear reactions and found on Earth in nuclear waste.

This appears to me to be very convincing evidence the Moon is either a wholly or partly manufactured object. At the very least Occam’s razor suggests the simplest explanation is usually correct and in this case the Cosmic Collision theory is too complicated, implausible and leaves too many unanswered questions to be assumed correct.

The question is what are the questions this fact about the Moon raises? Is the Moon an operations center for extra-terrestrial beings to manipulate events on Earth (David Icke “Moon Matrix”). Is the Moon an observation station for benign alien David Attenboroughs to discretely watch life on Earth? Could the Moon be the caravan of inter-galactic gypsies, that have found a use for Earth and the Solar System? Is the Moon even still occupied? Something else?

17 Responses to “The Moon Is Hollow. How Come?”