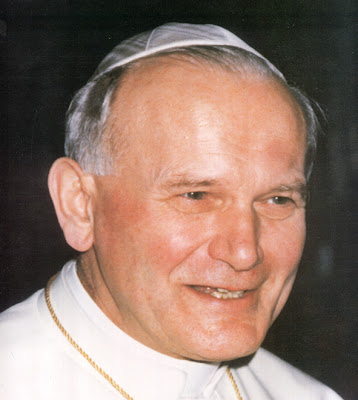 Extract from ‘Behold A Pale Horse’ by Bill Cooper.

Piers Compton, in his book The Broken Cross, traces the infiltration of the Catholic Church by the Illuminati.

He has found the use of the all-seeing eye in the triangle by leading Catholics
and by the Jesuits. It was used in the seal of the Philadelphia Eucharistic
Congress in 1976. It was on a special issue of Vatican stamps in 1978,
announcing the final Illuminati victory to the world. Mr. Compton claims
that Pope John XXIII wore the “all-seeing eye in the triangle” on his
personal cross. Compton is adamant that several HUNDRED leading
Catholic priests, bishops and cardinals are members of secret societies.

He quotes an article in an Italian Journal that lists more than 70 Vatican
officials, including Pope Paul VI’s private secretary, the director general of
Vatican radio, the Archbishop of Florence, the prelate of Milan, the assis-
tant editor of the Vatican newspaper, several Italian bishops, and the abbot
of the Order of St. Benedict. Those are only the ones that are known and
only the ones known in Italy. It is widely believed that THIS Pope, John
Paul XXII, is a member of the Illuminati. I believe, according to my re-
search, that it is true.

The best indication of infiltration is that on Novem-
ber 27,1983, the Pope retracted all of the Papal Bulls against Freemasonry
and allowed Catholics, after several hundred years, to again become mem-
bers of secret societies without fear of excommunication.

The goal of the Illuminati to elect one of their own to the Papacy appears to have come to
fruition. If that is the case, the New World Order is just on the horizon.

Now is the time.

The Knights of Malta ALL have diplomatic immunity. They can ship
goods across borders without paying duty or undergoing customs check.
Does that ring any bells? In any case, that is power.

The Knights of Malta is held up by a backbone consisting of nobility.
Nearly half of the 10,000 members belong to Europe’s oldest and most
powerful families. This cements the alliance between the Vatican and the
“Black Nobility.” The Black Nobility is mostly the rich and powerful of
Europe. The head of the Black Nobility is the family that can claim direct
descendancy from the last Roman emperor. Maybe now you can see that
things are beginning to fall into their proper place.

Membership in The Knights of Malta entails obedience to one’s superior in THE ORDER and
ultimately to the Pope.

Therefore, a U.S. ambassador who is also a member
of the Knights of Malta faces a conflict of interest. Why is this fact ignored?
President Bush appointed Knight of Malta Thomas Melledy to the post of
U.S. Ambassador to the Vatican.
The Vatican has founded the Pope John Paul II Center for Prayer and
Study for Peace at 1711 Ocean Avenue, Springlake, New Jersey, in a man-
sion overlooking the ocean.

The mansion was given to the New York Archdiocese by the estate of Elmer Bobst, who died in 1978. He was a multimillionaire and chairman of Warner Lambert Company. Richard
Nixon was a frequent visitor.

Directors of the Center were Kurt Waldheim,
former Secretary General of the United Nations and ex-nazi war criminal;
Cyrus Vance, former Secretary of State under Carter and member of both
the Council on Foreign Relations and the Trilateral Commission;

The Center has two roles: (1) Educate Catholics and their
children to accept the New World Order. (2) Provide residence for the
world-peace-solution computer and an ongoing study for peaceful solu-
tions to any future problems which may endanger world peace. The com-
puter is hooked to the world capitals via satellite.

All nations have agreed to relinquish sovereignty to the Pope and submit future problems to the
computer for solution. Of course, this will not go into effect until the New
World Order is publicly announced. I believe that the New World Order
was born in secrecy on January 19,1989. Now you know.

Acquaint yourself anew with the teachings of Jesus. Compare his
teachings with the tenets of the Illuminati and then compare it with the
following. The Vatican has stated at various times that “the Pope is for
total disarmament; the Pope is for elimination of the sovereignty of the
nation states; the Pope is also stating that property rights are not to be
considered true property rights. The Pope believes that only the Vatican
knows what is right for man.”

In the early 1940s, the I.G. Farben Chemical Company employed a
Polish salesman who sold cyanide to the Nazis for use in Auschwitz. The
same salesman also worked as a chemist in the manufacture of the poison
gas. This same cyanide gas along with Zyklon B and malathion was used
to exterminate millions of Jews and other groups. Their bodies were then
burned to ashes in the ovens.

After the war the salesman, fearing for his
life, joined the Catholic Church and was ordained a priest in 1946. One of
his closest friends was Dr. Wolf Szmuness, the mastermind behind the
November/78 to October/79 and March/80 to October/81 experimental
hepatitis B vaccine trials conducted by the Center for Disease Control in
New York, San Francisco and four other American cities that loosed the
plague of AIDS upon the American people.

The salesman was ordained Poland’s youngest bishop in 1958. After a 30-day reign his predecessor
was assassinated and our ex-cyanide gas salesman assumed the papacy as
Pope John Paul II.

1990 was the right time with the right leaders: ex-chief of the Soviet
secret police Mikhail Gorbachev, ex-chief of the CIA George Bush, ex-Nazi
cyanide gas salesman Pope John Paul II, all bound by an unholy alliance to
bring in the New World Order.

And I looked,
and behold a pale horse:
and his name that sat upon him was Death,
and Hell followed with him.
And power was given unto them
over the fourth part of the earth,
to kill with sword,
and with hunger,
and with the beasts
of the earth.
The Holy Bible
The Book of Revelation
Chapter 6
Verse 8

WASP writes – So there you are just as I told you. THE JESUITS ARE THE TOP DOG’S
The SMOMS, are the ones in CONTROL. Most of the Top Nazi’s, were Knights of Malta, & Jesuits. Hitler who was A Mind Controlled Puppet, modeled the 3rd Reich on a PERFECT JESUIT STATE.
MANY OF THE NAZIS WERE ALSO ZIONIST JEWISH CONVERTS.
JEWS ARE ALWAYS THE FRONTMEN.