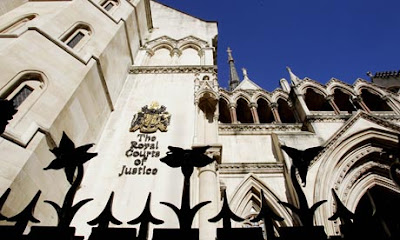 Where does the word justice come into any of this? A right Royal case of state power run riot.

The media, it seems, are finally waking up to the enormous increase in the number of children being taken into care in this country. It was reported last week that care applications in England are likely this year to hit an all-time record of 10,000. In just four years, the rate at which children are being removed from their parents has far more than doubled, from 380 in January 2008 to last month’s 903.

The impression we are given is that, since the torturing to death of Baby P in 2007, our social workers and courts have become much more vigilant in wishing to avert any repetition of that scandal. But this is not exactly confirmed by the fact that the percentage of children being removed for “physical abuse” has actually fallen from 12.5 per cent to 10 per cent. The proportion of those removed for “neglect” has remained the same, at 44 per cent, while that of those seized for “emotional abuse” (or just “the risk of emotional abuse”, that vague term now so fashionable among social workers as an excuse for seizing children) has risen from 25 to 28 per cent.

The real elephant in the room, however, is the seemingly ever-growing number of children who are being seized from competent and loving parents for what appear to be, at best, the flimsiest of reasons. Among half a dozen new cases which have come to my notice just in the past fortnight is that of a French mother who came to England last November with her three young daughters, for a brief visit to their father, from whom she is amicably separated. He lives with his 10-year-old daughter from a previous relationship.

The day before the mother was due to return home to France with her girls, I am told that she was having a bath while the father was downstairs cutting his eldest daughter’s hair. He accidentally cut her head slightly, drawing blood, which was noticed when she arrived at school. She explained to a teacher what had happened, with the result that social workers arrived to take her into care. The father was arrested and charged with “assault, neglect and ill-treatment”.

The mother describes how she was summoned to a police station, where she was told to sign a form she didn’t even read. This later turned out to have been a Section 20 order under the Children Act, by which parents may voluntarily put their children into care. Her girls, all under six, were taken off by social workers, and the mother was herself arrested and charged with having failed to protect the oldest girl from the “assault”, even though she was elsewhere in the house. She was given police bail and her passport was removed, so that she must remain in England at very considerable expense, to face criminal trial in April.