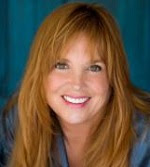 Patricia Finn. Secret proceedings are being held in an attempt to undermine this health freedom lawyer. Harrassment is endless.

Vaccine rights attorney Patricia Finn is being targeted by the Ninth Judicial District of New York State, which has threatened to strip her of her license to practice law and even file criminal charges against her. Finn is one of several “vaccine rights” attorneys across America who helps parents assert their rights to protect their children from potentially deadly vaccines.

She’s considered a hero by many, but a villain by the status quo for daring to stand up against the vaccine-pimping medical police state that exists in America today.

I personally interviewed Patricia Finn for InfoWars Nightly News last night (February 27, 2012), and during that interview I saw and read the documents that contain the charges being leveled against her. Watch that full video interview at:

One document described her vaccine rights advocacy as “threatening the public interest,” asserting that her helping parents legally and ethically avoid toxic vaccines somehow puts the public at risk. This accusation makes absolutely no logical sense, of course, given that even the vaccine pushers claim their vaccines offer absolute and total immunity against infectious disease. Therefore, how can an unvaccinated child ever threaten the health of a vaccinated child?

Perhaps even more alarmingly, a letter outlining the various charges against Patricia Finn included the demand that she immediately surrender her complete list of clients to the judiciary. When I saw this, it immediately set off alarm bells. This is not merely a gross violation of attorney/client privilege; it’s also a thinly-veiled attempt for the New York judiciary to terrorize the parents who have sought legal help in opting out of dangerous vaccines.

Furthermore, it could serve as the starting point for New York State to dispatch CPS workers to the homes of all of Finn’s clients, where their children might be kidnapped by CPS and sold into sex slavery (this is a common behavior of CPS workers across the country, where low-income children simply “disappear” into the system and suffer ongoing sexual abuse by state workers or even high-paying clients, similar to what happened at Penn State).

I don’t have the space to go into all the evidence that CPS functions as a child kidnapping and sex slavery ring, but the organization isn’t called “Communist Pedophile Services” for no reason.

Patricia Finn told me during the InfoWars Nightly News interview that she would absolutely refuse to turn over the list of her clients, and that the judiciary even asking for such a list was a violation of state law. She said she would rather lose her law license than betray the trust of her clients.

Watch Patti Finn speak at the recent WV rally in this YouTube video: