A constant criticism you get from people who read The tap is that they find it all too depressing. Most people prefer to enjoy the moment in life, and dwelling on the existence of a powerful elite who believe they own us, wish to cull our numbers, and destroy our wealth doesn’t tickle the chuckle muscle – the phrase used by UK comedian Ken Dodd.

That’s not actually a fair representation of the Blog’s output overall. The writers on here are mostly constructive, and are trying to find ways to improve our lives, to head off the political mess we are in and survive. By tackling the issues, we feel we can do more to further those aims than by burying our heads in the sand.

Not all the news is gloomy. Those in the know who have more knowledge about the real events that are taking place than us, people like David Woods (Brockbrader), David Wilcock and Benjamin Fulford are universally optimistic about what’s happening. We are the people at the back of the crowd who are only now realising all kinds of things that happened long ago, and how downright evil they were. More recent events show the elite rushing to close the door on the future which threatens to remove their power. There are grave dangers to face from these and other sources. But the forces for good are not sleeping.

This is the most interesting video I’ve yet seen. It’s not short. Thanks to the people talking here. It’s mind-opening stuff. The transition is happening. Humanity has to mature. The Illuminati want to clear the planet of us, assisted by their alien allies. Yet higher alien cultures have now intervened to stop the Illuminati/Annunaki agenda. They are facilitating the transformation of life on earth, just as Fulford says is happening. Here is confirmation from people deep inside the American alien contact fraternity, willing to speak in their old age about what they know. As I say, this is amazing to hear.

This video is a must see for anyone who wants to see and comprehend the future path of history.

Great video! Worth the time to watch. I hear an honesty in their voice. I like their body language. They are not alone. There are many others, but they are a dying breed. When you get older you must start to worry about more important things in life, like the Truth. How many times are you all going to dismiss these people as simply crazy. Dismissing them as crazy conveniently requires no more thought or analysis. As a victim of that myself, I know how it feels to be dismissed as crazy.

Thanks to Kerry Cassidy This is her best one to date, and will lift your spirits.

TAP THOUGHT – Is this why CBS News has broken with the Illuminati/CIA and is now revealing the truth about President Obama to the world?

Chinese release pictures of a moon base. Is it alien or man-made? Or a hoax…

While considering that mystery, think about a structure built on earth by the US Air Force. Why did they build a giant pyramid with a flat top at Area 51? 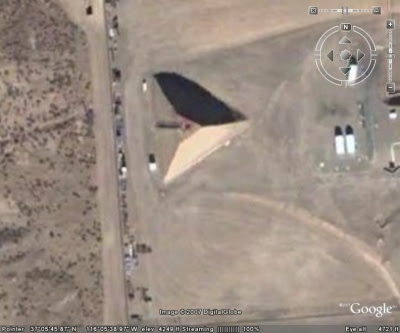 Terence Aym, author of Mysteries Of The Multiverse explains.

8 Responses to “Cheer Up. Watch The Future. Now.”