Weekly Call-in to General Raymond Odierno, Bradley Nominated for Peace Prize, Conference
Every week from now until the court martial the Bradley Manning Support Network will be asking supporters to write or call an influential person in the trial.

Just this week professor Professor Mary Keck wrote an open letter to General Odierno, asking him to bring war criminals to justice, and to recognise the valor and honor of Nobel Peace Prize nominee, Pfc. Bradley Manning. We appreciate her letter, and would like to follow it up with as many calls and letters of support as possible!

Please write General Odierno. Let him know blowing the whistle on war crimes should not be a crime. It should be a crime to hide them.

“Pfc. Bradley Manning has shown true courage at great cost to himself. Like all soldiers, he chose to serve knowing that he may die in combat, but he went above and beyond this duty by choosing to do what was right rather than what would make him popular.

If the allegations that he leaked information to Wikileaks are true, he fulfilled his oath to protect and serve the citizens of the United States.

Therefore, his actions should be celebrated just as we would recognize the deeds of any courageous service member.”

Contact Army Chief of Staff, General Raymond Odierno at the following address. Also visit his Facebook page, and his blog, and let him know how you feel about Bradley Manning’s shameful incarceration and trial.

Last year, as you may remember, PFC Bradley Manning won the UK Guardian reader’s choice poll regarding who should win the Nobel Peace Prize by a significant margin.

This year, he has been re-nominated for the prestigious award by The Movement of the Icelandic Parliament. The following article was originally posted on the blog of Icelandic MP member Birgitta Jónsdóttir.

February 1st 2012 the entire parliamentary group of The Movement of the Icelandic Parliament nominated Private Bradley Manning for the Nobel Peace Prize. Following is the reasoning we sent to the committee explaining why we felt compelled to nominate Private Bradley Manning for this important recognition of an individual effort to have an impact for peace in our world.

On the weekend of February 17, 2012, an unusual mix of notable experts from surprisingly disparate backgrounds will meet at UC Berkeley for a three-day conference. The conference will begin Friday night at 6pm with mixer followed by speakers Daniel Ellsberg, Col. Ann Wright and former CIA analyst Ray McGovern.

At 8:30pm Reverend Billy Talen will give a rousing “sermon.” Saturday and Sunday begin at 9:00am with registration and breakfast ending with a closing circle from 5 to 6pm. The days will be broken up into ‘unconference’ style workshops, wherein attendees will collaboratively create and manage the conference’s agenda and work flow.

Registration and the complete schedule are available at:
http://www.freshjuiceparty.com/occupy-the-truth-whistleblower-conference-feb-17-to-19/

TAP – WASP, isn’t that cross the Knights Of Malta? Is he for real? Over to the analysts. 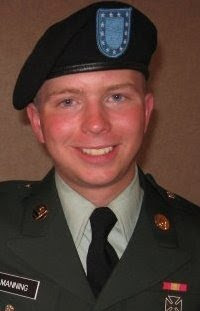