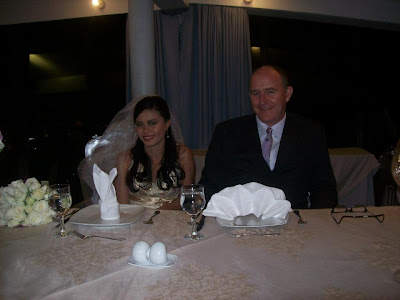 We’re Married! Nothing to add.
No alcohol to be seen.
Apart from some toasts later on.
Water’s the stuff! 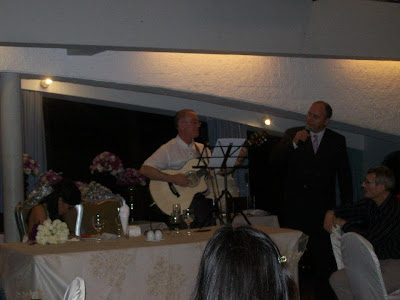 Singing with Steve Sutcliffe on guitar. Elton John followed by Elvis! Only forty people suffering in the audience. Filipino style, the couple sits at a separate table out in front. Lots of people crying throughout, even one or two we hardly knew! They do emotion over here, not like in good old stiff-upper lipped Britain.

9 Responses to “As Promised. Tap And Shane Married!”