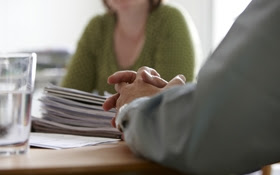 The Tudor Trust website. The above picture is captioned ‘who we are’! They are faceless and nondescript throughout.

Why are 4-12 year olds being encouraged to touch each other?

The massage in schools association, claims

* Children become calmer and have improved concentration.
* Children have more confidence and increased self esteem
* It teaches children to respect others and leads to social inclusion
* There is a reduction in bullying and aggression
* Emotional health improves
* It helps children recognise ‘good’ and ‘bad’ touch
* Children show improved motor skills
* It encourages visualisation and kinaesthetic learning
* Children are encouraged to make choices
* Cooperation improves as children work in pairs and in groups
* There is a calmer classroom environment
* The teacher benefits from all these aspects
* Massage is fun!

No statistics were provided to support those claims.

They did provide a quote from an OFSTED inspector

I think it’s creepy. Well intentioned, but still creepy. Children shouldn’t be peer-pressured at school into touching and rubbing each other.

Apparently it’s becoming more common. Parents are uptight about it and don’t like it says The Daily Mail.

“MISA (EWNI) CIC are very greatful to have been supported by the following orangsations:

A big THANK YOU for supporting us”

Tudor Trust was established by Sir Godfrey Mitchell, of Wimpey construction, in 1955. The website says he intended the money for any charitable purpose. He may have had freemasonry links. In 1957 he became a member of the Restrictive Practices Court. Before then, in 1948 he served as Master of The Worshipful Company of Paviors, one of the Livery Companies of the City of London.

Awards for All is a national lottery grants programme.

I don’t know what the “Croydon Test Trade Grant” is.

The idea apparently comes from Massage in Schools’ Swedish and Canadian founders. It’s a global programme, founded in 2000 – on their website they have links to 21 countries.

“Welcome to the Massage in Schools Programme – the original child-to-child massage programme.”

Here is their “ultimate vision”

“Their ultimate vision is that there will be thousands of MISP instructors and hundreds of MISP Trainers, all teaching the program, all sharing their dedication with love so that the nurturing touch will become a way of life for children in all schools, world-wide.”

TAP – It is all a bit creepy when secret organisations with links to freemasonry and possibly paedophiles advocate and fund training of children to start touching each other. If I was a person with paedophile tendencies, a job as an MISP Trainer would be a prized position to get hold of. I could find victims, groom them and arrange situations that would be most gratifying. These people never stop trying to get access to children by whatever method they can, and the government backs them up all the way.

How about a Punchbags for Schools Programme. An alternative for those who don’t want to participate in the massage?

Hitting things is fun and an effective way to let off steam.

6:52 PM
Scotty said…
This is not surprising at all and completely in keeping with the plans the TPTB have for society.

In the 1920’s, Bertrand Russell set-up an experimental school, The Beacon Hill School, in the South of England; an experiment in ‘freedom’ for the children. Sexual contact was allowed and encouraged, as it was believed that if people can be encouraged, when they are young, to have as many sexual encounters as possible, the chances of them growing up to form deep, solid relationships with only one person of the opposite sex were far less.

This is part of the unending assault on the family. Look at the way children are sexualised. Are school ‘discos’ appropriate for 5 year olds? They are encouraged, even at the C of E school my niece’s attend. I think they are being made ready, encouraged and trained-up for when they are 13, 14, 15 and can go and do it all for real.

Why would a school encourage very young children in this way? To ready them for going to places where they will get drunk, take drugs, have sexual encounters, vomit, get in to fights?

A couple of years ago, on Channel 4 there was a program called ‘Stop Pimping Our Kids’, all about the sexualisation of very young kids, i.e. high street stores selling skimpy underwear and padded bra’s for 8-9 year olds and music with sexual images and lyrics like ‘just do it’ – or some pop starlet with a caption underneath saying ‘go all the way’, as I saw advertised on a phone box recently.

Society is being saturated with sex. This creepy massage thing is just a cover for encouraging this in young children.

What will the morals of society be like in another few decades, if things are allowed to carry on like this?

The tie to religion was cut and since then we have drifted further and further away from decency, just a little bit further with every generation.

Society should have listened to Mary Whitehouse, she was right. Why do you think she got so much grief in the media? She was lampooned – ridiculed and openly laughed-at, while at the same time the media celebrated and encouraged the ‘sexual revolution’. Now they want ‘liberate’ children as well.

JULIA – It is encouraging children to deny their own feelings and do as they are told by experts. A bit of yoga would probably achieve the stated aims. Looks like the state wants to regulate and control when and how we touch each other. Meanwhile natural mother baby physical touch is being discouraged by separating mothers and babies at birth, more and more use of isolating devices like cots, prams, carseats etc.

7 Responses to “Why Does An Unknown Organisation Want Children Trained How To Touch Each Other At School?”