Here is the charming stuff given to every new born baby in the Philippines, which I am assured by the Asian Hospital And Medical Center, Manila is mandated by the government, and they have no choice but to jab babies seconds after they appear from their mother’s wombs.

Engerix-B is produced by Glaxo Smithkline. They make its safety to children quite clear on the box. In clear white letters against a green background, it says Keep Out Of Reach Of Children.

Nuff said. The Philippine government is as corrupt as they come and is no doubt getting handsome payoffs for ensuring millions of babies every year are injected with this lethal concoction which includes the known nerve-killer, Mercury. (There is another version which contains aluminium instead of mercury, both great killers of human nerve tissue)

The Asian Hospital admissions lied to us by indicating that all medical interventions were only made with consent. The very top of their Rights And Obligations Of Patients document, with its terms prominently displayed at The Admissions Desk, assure patients as they enter that nothing will be done without consent. All intervention they now say, apart from mandated medication, which they now try to explain this intervention as being.

That’s a bit too tricky for me to get. How would the Philippine government authorise a vaccine to be used on hour old babies which is forbidden for children to have access to? A vaccine with a list of harmful side effects your arm long, as admitted by Glaxo Smith Kline of their websites.

I sensed the admissions clerk was being evasive when I cross questioned her while we were being admitted last night. She knows the sweet promises of patient approval of all treatment to be a bare-faced lie. 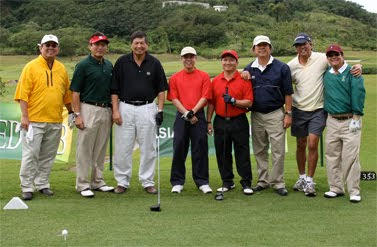 Someone higher up the tree must know that deception pays the bills nicely and keeps management where it likes to be – on the golf course. I have yet to meet a member despite visiting the offices several times over two days.

I will not be paying for the vaccination which was provided by this bare-faced deception, and my son will require the fee paid by the Philippine Government to the Asian Hospital for his mandated medicine to be passed over as compensation for the damage caused to his nervous system – or other effects yet to be discovered, as listed by Glaxo Smithkline. My son will need observation for 72 hours according to GSK’s own literature with risk to his breathing the worst of the many threats to his immediate health. After that allergies have been reported worldwide, and a large number of other nasties. (that is what they admit to, so you wonder what else is there down the track to look forward to? vaccine and drug manufacturers have a strong incentive to hide information from their victims, as we know from long experience.)

The really dumb thing about the Asian Hospital giving this vaccine to my six hour old son, by deception, is that its top listed effect is suppression of appetite. The poor chap hadn’t as much as a suck when they jabbed him. How can they honestly say they can assess a baby as ready to be subjected to such heavy effects when they have not even visited their own mother’s arms?

The Hospital has in my opinion been grossly deceptive and possibly negligent to boot. See Mercury, Autism And Your Child’s health.

(EMFs – Incidentally all the rooms and corridors are peppered with low energy lightbulbs creating an emf deathtrap for staff and patients alike. I am getting out of then place in an hour, so we will be free, but the thousands of people passing through the hospital will be heavily exposed. The staff most of all, who have to live in the place.)

These people are lower than criminals. I have nothing but contempt for them all – Smithkline, Asian Hospital And Medical Center, manila and the Philippine government. They are all equally guilty of committing a crime against defenceless children just to get their hands as quickly in the till as they can after a human life is created. They deserve to be challenged, before they kill – unless that is actually their intention, of course.

Here is the full list of what the Philippine Government thinks is a good risk for six hour old babies to be put through – so much so that the vaccines are consciously and deliberately administered without warning parents – source GSK the makers…..

NB thimerisol (mercury) was replaced with an aluminium compound also a powerful toxin to nervous systems.

The safety profile presented below is based on data from 5329 subjects followed in 23 studies.
Frequencies per dose are defined as follows:

Go to top of the page
4.9 Overdose
Cases of overdose have been reported during post-marketing surveillance. Adverse events reported following overdosage were similar to those reported with normal vaccine administration.

The guidelines state that the vaccine should only be given to healthy specimens. How did the doctor manage to assess our baby as a healthy specimen at mere six hours old, before even its first suckle has taken place?

The administration of the vaccine to a six hour old baby is well outside nthe guidelines of the vaccine’s manufacturers, who admit there are substantial risks.

They add – As with all injectable vaccines, appropriate medical treatment should always be readily available in case of rare anaphylactic reactions following the administration of the vaccine.

The potential risk of apnoea and the need for respiratory monitoring for 48-72h should be considered when administering the primary immunization series to very premature infants born < 28 weeks of gestation) and particularly for those with a previous history of respiratory immaturity. As the benefit of vaccination is high in this group of infants, vaccination should not be withheld or delayed. Cases of overdose have been reported during post-marketing surveillance. Adverse events reported following overdosage were similar to those reported with normal vaccine administration. six bloody hours old……..you complete fucking arseholes. criminals not doctors.

The most common solicited adverse events were injection site soreness (22%) and fatigue
(14%).
In 36 clinical studies, a total of 13,495 doses of ENGERIX-B were administered to 5,071
healthy adults and children who were initially seronegative for hepatitis B markers, and healthy
neonates. All subjects were monitored for 4 days post-administration. Frequency of adverse
events tended to decrease with successive doses of ENGERIX-B.

Using a symptom checklist, the most frequently reported adverse events were injection
site soreness (22%) and fatigue (14%). Other events are listed below.

Parent or guardian
completed forms for children and neonates. Neonatal checklist did not include headache, fatigue,
or dizziness.
Incidence 1% to 10% of Injections: Nervous System Disorders: Dizziness,
headache.

In addition to reports in clinical trials, worldwide voluntary reports of adverse events
received for ENGERIX-B since market introduction (1990) are listed below.

This list includes
serious adverse events or events which have a suspected causal connection to components of
ENGERIX-B.

The following adverse events have been identified during postapproval use of
ENGERIX-B. Because these events are reported voluntarily from a population of unknown size,
it is not always possible to reliably estimate their frequency or establish a causal relationship to
the vaccine.

TAP – These people are completely evil. Someone should hang…

JULIA Lots of vaccines and medicines are trialled in the Philippines, ready for Western use, and are passed off as the nice Western medical people helping out the poor countries. In the UK vaccination starts at 2 months, although vitamin k is administered within MINUTES of birth unless you object. (I am going back 14 years here, things might have changed). The vaccination program is for the convenience of the NHS and not the best time for the babies, even if you want the vaccines. They want to catch families while the mums are still on maternity leave to optimise the take up rate. I personally know several people whose babies have had adverse reactions, including one that nearly died. Yet most parents believe they are acting in the best interests of their child. Somehow the media feeders have created a witch hunt against people who do not vaccinate, as if you are going to cause their baby to die by spreading the dreaded disease which their baby is supposedly resistant to catching! It is very unpleasant. In the US, vaccines are a prerequisite for school.
Word of warning: be careful of self-fulfilled prophecies…. You need to believe that your baby is strong enough to survive this, and come through. You do not need him to get sick to prove your point! Easy trap to fall into, have nearly done it myself many times. In the meantime, enjoy being with your newborn child!

TAP Thanks for your support and your advice. He’s looking out at the world OK this morning, but many pitential side effects listed are longer term – things like allergies and so on. It’s a murder attempt to give a six hour old baby a powerful vaccine with known adverse effects, admitted to by the manufacturer Glaxo Smithkline. I will never come to the Asian Hospital And Medical Center again. Deceptively delivered mandated medicine is not for me, and my babies.

I was very sorry to read of the vaccination that was administered to your new born baby son.

In my opinion this was an act of assault and totally outrageous. Who the hell do they think they are?

It’s good that you have been able to expose this crime by writing about it on your blog-site. However, if it is

prosecution? I do realise though that this is easier said than done. I do hope the innocent little lad will not suffer

any side or lasting ill effects from what was done to him.