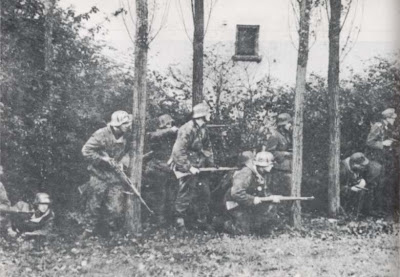 Was the operation deliberately betrayed, to stop Montgomery ending the war in 1944? Here’s the evidence that it was.

Wasp has been referring us to deepblacklies.co.uk for many months so I thought I’d check it out. There is so much information that it’s hard to follow the narratives. That said, one interested me greatly.

Why was General Patton stopped from advancing into the Ruhr in 1944? They cut his fuel supply even though he was across the Rhine. His tanks, which no German defence could stop, ground to a halt. 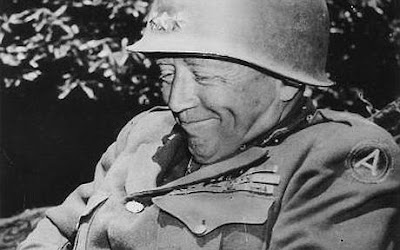 General George C Patton – ‘Old Blood & Guts’ was sure he could have finished the war in the fall of 1944 had he been supplied with fuel. He was stopped, and was later assassinated for his troubles.

He was informed by Eisenhower that it was too risky to advance on a narrow front, and he was checked. This gave the Germans a chance to regroup and launch what became known as The Battle Of The Bulge in late 1944. Patton died in a suspicious car accident a year later. The Telegraph say he was assassinated by the OSS (CIA) to silence his criticism.

EXTRACT – Patton, who distrusted the Russians, had earlier believed Eisenhower wrongly prevented him closing the so-called Falaise Gap in the autumn of 1944, allowing hundreds of thousands of German troops to escape to fight again.
Why was Patton stopped again at the Ruhr?

After that happened, more suspicious events took place on the western front, following the same pattern (!). Operation Market Garden devised by Montgomery, with the objective of ending the war in 1944 was equally suspiciously frustrated by the actions of the High Command.

I let the narrator take over the story –

THE BRIDGE TOO FAR

With this diversion fairly comprehensively covered, let’s now briefly return to the actual events of Montgomery’s audacious Operation Market Garden – the approved plan to take and hold the five Dutch bridges that would open a way for a massive Allied thrust at the heart of Germany.

Those who have seen the excellent film, based on Cornelius Ryan’s book “A Bridge Too Far” will recall the sheer stubborn courage of those soldiers of the Third Battalion of the US 82nd Airborne, under the command of Major Julian Cook, who paddled across the Waal river in slow, cumbersome boats, under a blizzard of deadly German fire, to assault and hold the heavily defended but critical Nijmegen road Bridge, a few miles south of Arnhem.

This was a last ditch attempt to relive the sorely battered British paratroops at Arnhem led by Colonel John Frost. Eventually succeeding, at terrible cost, the Nijmegen Bridge was taken and held. But rather than rushing armour up the road to Arnhem to relieve Colonel Frost and ensure success of Montgomery’s daring plan, a British Guards Major arriving at Nijmegen Bridge told his American counterparts that “we do not move our tanks at night.” [33] A furious Colonel Tucker, the regimental commander of the American 504th – that had secured the bridge, vehemently argued there was no time to waste before the Germans reinforced and that the British must grab the chance to reinforce Frost at Arnhem. Immune to these arguments, the English Major repeated “Well, we can’t move our tanks at night,” and then added “We will move them in the morning.” [34] The next morning, as expected, the whole area was heavy with German armoured reinforcements.

Cornelius Ryan does not name the Grenadier Guards Major in his book, which is unusual. There also appear to be some critical inaccuracies in the chain of events he sets forth in his book.

A recent BBC documentary series called “Battlefields” presented by historian Prof. Richard Holmes, focused one programme on “The Battle for Arnhem.” The programme makers interviewed on camera Captain Moffatt Burriss, commander of “I” company of the 504th, who was present when General Horrocks first asked to Colonel Tucker, commander of the 504th, if he would take the heavily defended bridge by assaulting across the Waal. According to Burriss, General Horrocks said “This is an awesome task, can your lads do it?” Tucker replied, “Well general, if we take the bridge, will your tanks be lined-up ready to go?” Horrocks replied, “My tanks will be lined-up in full force, hell-bent for Arnhem and nothing will stop them.” [35] 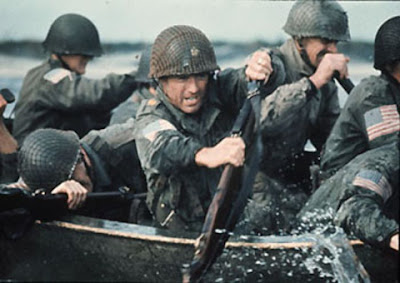 The Americans captured the bridge at Nijmegen at great cost. The British refused to advance down the road to Arnhem til the next day, by which time the Germans were in position to stop an advance.

Once the bridge had been taken, it was Captain Burriss who welcomed the first tanks across, and was astonished when they stopped. He asked the sergeant in the first tank why they had stopped. The sergeant who was commanding the first three tanks – soon to be joined by a fourth under the command a the Grenadier Guards major – said that there was a German anti tank gun up ahead and that “if I go up there that gun will knock out my tank.” Burriss said, “Well, we’ll go with you and get that gun.” But the offer wasn’t accepted because, the sergeant said “No, I can’t go, I’ve got no orders.” [36] A situation that is in marked contrast to General Horrocks intentions and his direct pledge to Colonel Tucker.

According to the Grenadier Guards war diary, they bridge at Nijmegen was merely “consolidated.” Also appearing on the interview was the Grenadier Guards major, who said, “it would have been quite difficult to go ahead.” Captain Burriss didn’t see it that way. He said during the programme that he “felt betrayed.” His men had taken the bridge at massive cost, facing machine guns, 20mm canons and numerous other weapons, but the British “were stopping because of one gun and they had a whole Corps of tanks” at their disposal.

There was virtually nothing between the Grenadiers and Arnhem 8 miles away. At the north end of Arnhem Bridge the British paratroopers still held out. With an injured Colonel Frost, his second-in-command Major, Tony Hibbert of the 1st Parachute Brigade, fought on. He could hear the tanks of the Grenadier Guards in the distance. But they didn’t arrive. Interviewed for the BBC programme he reflected wryly, perhaps even bitterly, that the Market Garden plan “Could and should have worked,” adding with a wry look that the tanks under the control of Lord Carrington were “over the bridge before we were overrun.” 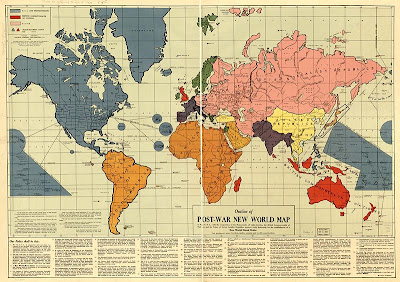 The Gomberg Map from 1942, accurately predicting European borders at the end of WW2. General Patton thought he was fighting NAZIs, not bankers, and Zionist/Jesuit elites.
Sent in by Wasp.

TAP again. Other rumours question how the Germans knew to position a Panser regiment to regroup at Arnhem just before the attack was made. Was the operation compromised deliberately?
The evidence stacks up that there was a plan for the war to continue into 1945. The Russians were to advance as far as Berlin making the postwar era for central Europe Communist, crushing all hopes of national revival for scores of countries, and making it inevitable that the next generation would live through what became known as the Cold War, and be suppressed with fear of nuclear war, tolerating ever increasing state power across the western world.

In my book, there is enough evidence to show that the Germans were keen to end the war in the west, but Hitler, controlled by Jesuit and Vatican agent Martin Borman, was instructed to carry on the fight in the west, until the Russians had taken over Berlin, when Hitler and Borman were to be safely evacuated, bringing out the details of where all the gold, bonds and art treasures were hidden.

Such notions are consistent with the book I read in December, which I recommend.
Grey Wolf – The Escape Of Adolf Hitler. Simon Dunstan, Gerrard Williams. Sterling.

And yes, Hitler did live in Patagonia and Argentina until he died a lonely man in 1962. There is stacks of evidence that both and Borman were assisted out by the British and Americans.