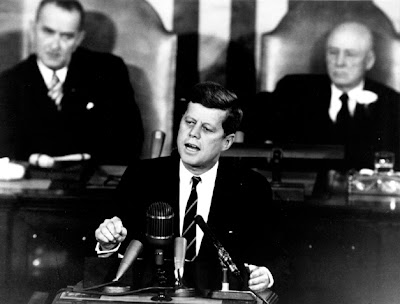 The title sounds a little grim, to say the least. What chance is there that one man can take on all the vested interests, the same people that assassinated JFK, carried out 911 and are now hungering after yet another war – this time with Iran? How can he possibly survive the time-honoured tactics used to stop opponents of One World Government, from Abraham Lincoln onwards? Is there a guardian angel standing over him? Is there a foreign power determined to exact revenge on the Zionist elites if they lay a finger on him?

This piece comes from Global Research.

America has one last chance, and it is a very slim one. Americans can elect Ron Paul President, or they can descend into tyranny.

Because he is the only candidate who is not owned lock, stock, and barrel by the military-security complex, Wall Street, and the Israel Lobby.

All of the others, including President Obama, are owned by exactly the same interest groups. There are no differences between them. Every candidate except Ron Paul stands for war and a police state, and all have demonstrated their complete and total subservience to Israel. The fact that there is no difference between them is made perfectly clear by the absence of substantive issues in the campaigns of the Republican candidates.

Only Ron Paul deals with real issues, so he is excluded from “debates” in which the other Republican candidates throw mud at one another: “Gingrich voted $60 million to a UN program supporting abortion in China.” “Romney loves to fire people.”

More importantly, only Ron Paul respects the US Constitution and its protection of civil liberty. Only Ron Paul understands that if the Constitution cannot be resurrected from its public murder by Congress and the executive branch, then Americans are lost to tyranny…..

……The reason we should vote for Ron Paul is to signal to the powers that be that we understand what they are doing to us. If Paul were to receive a large vote, it could have two good effects. One could be to introduce some caution into the establishment that would slow the march into more war and tyranny. The other is it would signal to Washington’s European and Japanese puppets that not all Americans are stupid sheep. Such an indication could make Washington’s puppet states more cautious and less cooperative with Washington’s drive for world hegemony.

In the January 4 Huff Post, attorney and author John Whitehead reported on the militarization of local police. Some police forces are now equipped with spy drones. Whitehead reports that a drone manufacturer, AeroVironment Inc., plans to sell 18,000 drones to police departments throughout the country. The company is also advertising a small drone, the “Switchblade,” which can track a person, land on the person and explode.

How long before Americans will be spied upon or murdered as extremists at the discretion of local police?

Recognizing the privacy danger, if not the murder danger, the American Civil Liberties Union has issued a report, “Protecting Privacy From Aerial Surveillance.”

The ACLU believes, correctly, that liberty is threatened by “a surveillance society in which our every move is monitored, tracked, recorded, and scrutinized by authorities.”

TAP – He writes a lot more. As I say, how grim is that? And how many Americans actually understand the stark choice they face.

Scotty –
Listen very carefully to the words of this speech by JFK to the American Newspapers Publishers Association, one of the last he made before he was murdered.

JULIA –
Just looked at the vaccine link anonymous. It is horrible. It also shows how easily we trust medical staff and other experts against our instinctive judgement. Look how often the parents knew there was something wrong, but still did as they were told. I am not blaming them, we have all been trained this way. But if we could only take back our power as people and parents, we could turn it all on it’s head. Why bash our heads against brick walls pleading for little crumbs of new legislation, when we just have to stand up for ourselves. It is so simple but we have collectively forgotten how to do it.

6 Responses to “Only One Man Can Save America.”