TAP – As he points out, he does exactly the same as Google, directing traffic to the same websites but on a much smaller scale. He now faces the following legal threats, subject to appeal to the High Court, and the decision of the relevant Minister as to whether to block his extradition. 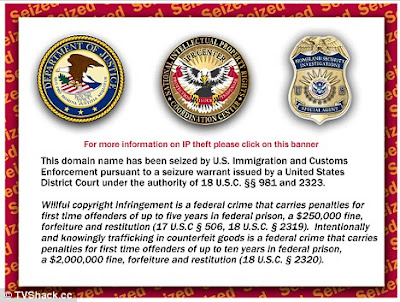 So let’s get this straight. You make a link to a site which you can find on Google, and you, not Google are guilty. There is something wrong here. The mother, Julia can tell this is a serious situation for Richard. Richard can’t take it in. He thought he was living in a free country, where crime meant smashing windows, not clicking with a mouse on Google. 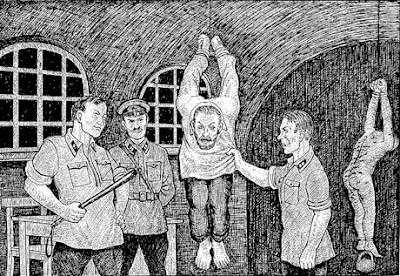 Baldaev recorded the Soviet Gulag. Guantanamo Bay is now legal inside the US.

That’s funny. That’s all bloggers and facebookers do. We can’t all be guilty of US Federal Crime, using information provided to us by Youtube, Google and the MSM. No wonder they’ve built FEMA camps in the USA to handle 5 million people. There’s also the small matter of the stockpiling of millions of plastic coffins. Anyone with a high enough IQ to be able to use a mouse and direct internet traffic is heading for the gallows. 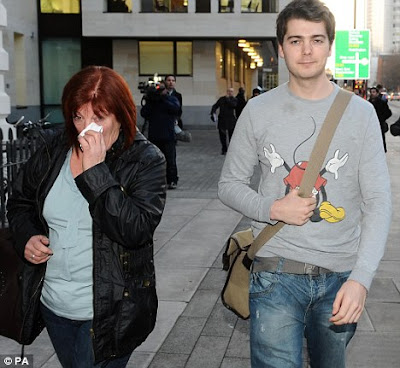 Richard talks as if the whole thing is a student prank, and his barely covered T shirt cartoon betrays his contempt for authority exercising excessive power to solve a problem they created for themselves. They could easily close down access to file sharing if they wanted to. So why don’t they? I think we know the answer to that question.

They want crime and victims, but not social security trash with no money. They want polite, intelligent, middle class ‘criminals’ to fill the courts – people with assets to get their hands on. Law is a great business, but only as long as they have enough victims.

By the way, has anyone seen Julian Assange recently?

SCOTTY – Am I right in thinking that this extradition treaty with the USA is the same treaty that the UK government ratified, but the US government did not, despite the agreement being negotiated as a two-way deal? We can no longer rely on the criminal justice system which represents big money & corporations who rule everywhere, that’s who we’re fighting; they control governments. Cases like this illustrate why we should all be deeply concerned that this can happen and actively looking out for each other and trying to do something about it.

Most people are semi-happily rolling on through life, bailing to keep their own little world afloat, slightly miffed by all the injustice of the world, but not directly effected by it and therefore not concerned enough to object too loudly or to try and do something and make a stand. The problem with this ‘isolationist’ attitude is: what happens when they come for you? Don’t expect anyone to lift a finger if you didn’t do anything when others were being taken – like the young man is this case.

At some point we will collectively have to say that we no longer recognise the legitimacy and authority of the government and the criminal justice system, if this is what they deliver. I would suggest that we have reached that point already.

ROAD HOG – “Am I right in thinking that this extradition treaty with the USA is the same treaty that the UK government ratified, but the US government did not, despite the agreement being negotiated as a two-way deal?”

It was eventually ratified some years later by the US. It was held up because some US senators thought that the UK might ask to extradite some IRA terrorists – who’d have thought that it would have been used to extradite real criminals. I think the current problem is, that the US & UK used different levels and definitions of crime and that means that it is heavily lopsided to the US. Plus the US has much stiffer sentences for crimes that are marginal in the UK. Don’t forget that one of the Natwest three committed suicide.

And that’s the rub, you’re not safe in your own country. Now, if I do something illegal in the UK, say speeding, I know the consequences of that, probably 3 points and a £60 penalty. That allows me to make a judegment on it, if I’m late for an important business meeting, I know what may happen to me if I break that law. In the US, it might mean a much harsher sentence, one that I am not aware off. Crimes committed in the UK should be tried in the UK and receive UK sentences. The trouble is, we also now have the European arrest warrant, which means you can be plucked from the UK without an extradition treaty for trial in another country without any evidence. http://www.justice-for-symeou.com/

EXTRACT – The Q & A, which is expected to drop next week, according to people familiar with Rolling Stone’s publication schedule, was conducted over three days just before Christmas at an undisclosed location in England, where Assange has been sequestered under house arrest as he fights extradition to Sweden to face charges of sexual assault.

Gaining this type of access to the infamous whistleblower and anti-secrecy advocate is a coup not only given Assange’s high profile, but the extent to which he’s alienated himself from much of the mainstream press. Participation from Assange in media coverage has become increasingly rare, and he’s cut ties with certain influential news outlets, such as The New York Times and The Guardian, that he’d previously worked with when coordinating WikiLeaks’ massive document dumps.

We’re told the Rolling Stone piece wasn’t easy to broker, and that Assange agreed only after a solid month of negotiating the terms.

WOODSY42 –
The treaty was ‘sold’ and described as intended to deal with terrorism. It’s being used by the USA to expand the reach of their copyright regulations and I’m surprised his legal team didn’t go for that angle of defence.

JULIA –
Lawyers don’t necessarily fight for their client, they have their own agenda too. They just have to look like they are fighting for their client. There is a big deterrent factor in this. People are already shit scared of getting involved. I post things on Facebook, and noone likes or shares them, but i know from private conversations that people do read them, but are too scared to say they do. This is the norm! This extradition will make people even more scared. If OWG want to get you, they will frame you, crime or no crime. There are no rules any more, if there ever were. The good news is that you might as well break a few anyway. The only real crimes are harming people or animals, or causing them loss. The law is just another tool of OWG. Saw the headlines at the shops this morning. Only the Daily Mail has this story as a leader. Most of the rest are on the Eurozone, with the Sun following the Ryan Giggs scandal! At least the vast numbers of Mail readers will get some awareness.

TAP – Redefine the word ‘terrorist’ as – A human being who, if targeted, will produce profit for either corporations, bankers or lawyers. The laws against terror are truly the laws of terror, as are the wars against terror truly wars of terror.

WASP – Their are many Quotes that come to mind, but I believe these two are most applicable & can be levied at our Non Representative Governments of Today. No one can be a ‘Fence Sitter’ & many of our so called intelligent leaders would do well to look up the history of this man.

Link to Cicero quotation. IT IS TIME FOR HONEST POLITICIANS (If there are any) to chose sides.

i)The more Laws the less justice ii)A nation can survive its fools, and even the ambitious. But it cannot survive treason from within. 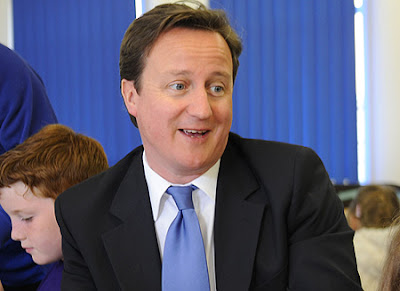 If the cap fits…

An enemy at the gates is less formidable, for he is known and carries his banner openly. But the traitor moves amongst those within the gate freely, his sly whispers rustling through all the alleys, heard in the very halls of government itself. For the traitor appears not a traitor; he speaks in accents familiar to his victims, and he wears their face and their arguments, he appeals to the baseness that lies deep in the hearts of all men. He rots the soul of a nation, he works secretly and unknown in the night to undermine the pillars of the city, he infects the body politic so that it can no longer resist. A murderer is less to fear. The traitor is the plague. Marcus Tullius Cicero