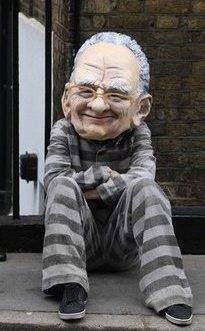 WHY DO THESE PARASITES WANT TO CLOSE DOWN THE INTERNET?

The Internet is not safe in These People’s Hands.

LOOK AT –
Murdoch and Vaccines: Exposure of Crimes Reveals a Much Larger Story
By William Newton

….what has not yet been covered is the media circus Murdoch’s London Times created internationally, as it fabricated lies against a respected British doctor, Dr Andrew Wakefield, who stated that the MMR vaccine was causing autism, with consequences that could impact the lives of billions of children around the world.

“… the evidence of sleazy and scandalous behavior of the Murdoch papers has expanded geometrically.” Michael Collins

WE KNOW MAXWELL USED IT, & COULD WELL HAVE BEEN WHY THEY GOT RID OF HIM – BUT HAS MURDOCH USED PROMIS SOFTWARE ALSO ?

IF HE HAS ISN’T THIS ILLEGAL?
Link :-

OTHER THEFTS OF PRIVATE INFORMATION

Rupert Murdoch’s news empire faces intense media and legal scrutiny. Current revelations focus on Murdoch’s News of the World hacking into the Dowler family’s voice messages during the kidnapping of their 12 year old daughter Milly, and Murdoch’sLondon Times for allegedly having illegally obtained the financial, property and medical information of former UK Labour Party Leader Gordon Brown during the time he was chancellor.

LIES ABOUT THE THREAT POSED BY IRAN, AND BEFORE THAT,IRAQ

A 2010 exposure of Murdoch’s Times of London revealed that it had published forged documents purporting to show that Iran planned to do nuclear experiments for an atomic weapon, and as Collins points out, it was Murdoch’s “drumbeat of misinformation” that helped mislead people into believing that Saddam Hussein was involved in the 9/11 attack, supporting Bush’s invasion of Iraq, though intelligence was “unsubstantiated, contradicted, or even non-existent,” according to the Senate Intelligence Committee Unveils Final Phase II Reports on Prewar Iraq Intelligence from June 5, 2008.

TAP – I see you have a competitor in the insect nickname stakes – GIANT BEE has arrived on the scene – no doubt inspired by your good self.

6 Responses to “Murdoch Accuses Others Of Theft. What Has He Stolen Himself?”