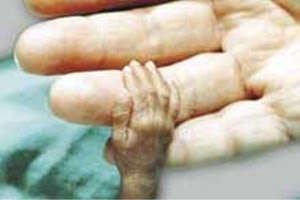 How do these pharmacy corporations expect to get away with it?

While reading the results of a vaccination trial on premature babies funded by GlaxoSmithKline, I noticed something was not quite right.

The trial, whilst sickening in itself, was testing out the rotavirus vaccine on a group of 988 premature babies ranging between 27 weeks and 36 weeks.

The paper reporting the trial was published on the ‘Pediatric SuperSite’ and was entitled ‘Human rotavirus immunogenic, well-tolerated for preterm infants’ by Felix Omenaca MD. PhD, and colleagues (1) The paper stated the following:

“The researchers grouped preterm infants by ages — infants born at gestational ages 27 to 30 weeks and those born at 30 to 36 weeks. They administered rotavirus vaccine (RIX4414, GlaxoSmithKline) in two doses to 658 preterm infants, and 330 received a placebo along with routine vaccinations, including diphtheria, tetanus, pertussis, hepatitis B, Haemophilus influenzae type B and poliovirus. Infants from France and Spain also received Streptococcus pneumoniae concomitantly; infants from Portugal and Spain also received Neisseria meningitides.

The researchers then asked parents/guardians to report adverse effects, and they noted no statistically significant difference in the reporting of severe adverse reactions in the vaccine or placebo group (5.1% and 6.2%, respectively). Unsolicited adverse effects, which included fever of more than 39.5·C, six or more bouts of diarrhea per day, three or more episodes of vomiting per day, appetite loss and irritability, were reported in 29.3% of preterm infants in the vaccine group and 40.7% in the placebo group. (own emphasis)

The problems I see are as follows:

All the infants were given multiple vaccinations, therefore, there was no control group.
Of a group of 988 children, approx 2/3 were given the vaccine for rotavirus and 1/3 were given the placebo, then the researchers compared the results like for like. This cannot be done because one group is significantly larger than the other.
Because all of the infants received multiple vaccinations it is impossible to tell which vaccine if any caused the side effects.

I decided to examine the exact figures in greater detail.

The total of infants given all the vaccines including the rotavirus vaccine was 658 which equal 66.6% of the total number of babies being tested.

The total of infants given all the vaccines except the rotavirus vaccine was 330 which equal 33.3% of the total number of babies being tested.

In the group receiving the rotavirus vaccine 5.1% of the infants had a severe reaction; this was a total of 33 children.

In the group receiving the placebo 6.2% of the infants had a severe reaction; this was a total of 20 children.

Now let us look at what the researchers call ‘unsolicited adverse effects’.

The researchers say that these effects included fever of more than 39.5·C, six or more bouts of diarrhea per day, three or more episodes of vomiting per day, appetite loss and irritability.

(TAP – My baby son was vaccinated at The Asian Hopsital & Medical Center, Manila without permission at birth with GSK’s Engerix-B. He suffered two days of drowsiness and loss of appetite. As these were his first two days of life, it was extremely stressful for us the parents.)

In the group receiving the rotavirus vaccine 29.3% of the infants had an unsolicited adverse effect which is a total of 192 children.

In the group receiving the placebo 40.7% of the infants had an unsolicited adverse effect which is a total of 134 children

This amounts to a massive number of premature babies suffering from adverse reactions and yet despite this the researchers, reported that ‘because of the higher risk that human rotavirus poses to preterm infants, the study supports this vaccine’s use in those older than 27 weeks who are “medically stable at the time of or after discharge from the neonatal unit’.

These are the vaccination trials that we the public rely on to test our vaccinations before use. Does anyone at the WHO, the FDA or the CDC ever even look at these studies in detail or do they just read the concluding paragraph?

This study was flawed from the beginning due to the number of variables affecting the sample groups being tested. The researchers did disclose the age of the children and the other vaccines that could affect the results, however; they did not disclose any other conflicting variables. These variables may include cultural, social and economical backgrounds, weight and medical histories including any drugs that the babies were already being treated with.

Just by reading this study through anyone with an ounce of sense can see that it is weighted in favor of the researchers.

This was a trial on premature infants for goodness sake!

To use these small vulnerable babies as little more than lab rats is bad enough but to then falsify the results to get the vaccines sanctioned to give to all premature babies is positively criminal.

The disclaimer at the end of the report read.

“Disclosure: A number of researchers reported financial ties to GlaxoSmithKline Biologicals, which funded the study”.

A couple of days ago I wrote an article about a prem baby from Belgium (2) who died after receiving a cocktail of vaccines including the rotavirus vaccine. Is it any wonder that this baby lost her life when parents have to rely on studies like this?

TAP – Filipino friends of ours had a premature boy who was treated like a vaccine pin cushion. The parents had n o idea of the risks. The baby boy survived but is now extremely sensitive with asthma, food intolerance, a hernia and is sick all the time. It’s not nice to look at his photo.

2 Responses to “Premature Babies Used As Lab Rats By GlaxoSmithKline”