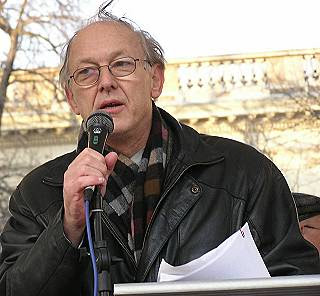 The “National Defense Authorization Act ” (H.R. 1540) repeals the US Constitution. While the facade of democracy prevails, supported by media propaganda, the American republic is fractured. The tendency is towards the establishment of a totalitarian State, a military government dressed in civilian clothes.

The passage of NDAA is intimately related to Washington’s global military agenda. The military pursuit of Worldwide hegemony also requires the “Militarization of the Homeland”, namely the demise of the American Republic.

In substance, the signing statement is intended to mislead Americans and provide a “democratic face” to the President as well as to the unfolding post-911 Military Police State apparatus.

The “most important traditions and values” in derogation of the US Constitution have indeed been repealed, effective on New Year’s Day, January 1st 2012.