Here’s a social networking site with all the gizmos, and none of the CIA reading your files. At least, the CIA didn’t set this one up with the aim of using it as a spying device, as Facebook was.

The new Venezuela social network, called Plaxed, which allows streams of short posts (200 characters), as well as event invitations, polls, and questions, was created as an alternative site so that files or personal details found on the network “aren’t blocked, erased, or followed” by U.S laws, said its creator, Cesar Cotiz, a systems engineer student.

The idea for the website began one and a half years ago, but it was on trial for a long time. “Then the project became a success, we had 10,000 people register in just one day, which collapsed our servers,” Cotiz said. 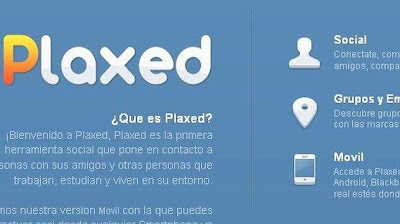 “We want a social network specifically for Venezuela, for phones and for desktops, and that is completely free. Anyone can create a social network, be it for personal use or business,” Cotiz said.

Plaxed is still under development. Based on the freeware, StatusNet, it still contains a lot of English, which is gradually being replaced. It has no advertising, and its name, according to Cotiz, doesn’t mean anything.

“It’s important that Venezuelans gradually take on new technology and create new social networks… in order to start to eliminate this dependence that we have on websites made in other countries, which fall under the law of those countries, so they can take the information we put there at any time and do whatever they want with it,” Luigino Bracci, an information systems graduate told the Correo del Orinoco.

Cotiz explained that Venezuelans could take Plaxed to court, should it do something untoward with the information it has, because it falls under Venezuelan law, where as they could not do that in the case of other social networks like Facebook or Twitter.

Social networking in Venezuela has experienced a growth in recent years in Venezuela, as internet usage has risen to 40%, while President Hugo Chavez’s twitter account has the most followers in the country.

According to a report by Tendencias Digitales, Venezuela is third in Latin America for social networking media use, with 30% of internet users registered on Facebook and 21% on Twitter.

Last year the United Nations institute UNESCO awarded Venezuela’s Infocentres the King Hamad Bin Isa Al-Khalifa Prize for their work in providing free internet access, as well as training, especially to people who were previously excluded due to poverty or location. In 2010 there were 668 Infocentres, and since then many more have been built.