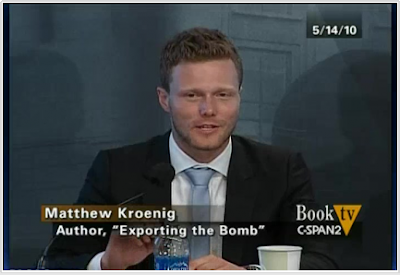 What an aspiring mass-murderer looks like – remarkably cheerful, actually.

The January/February 2012 issue of Foreign Affairs, the Council on Foreign Relation’s organ, published an article by Matthew Kroenig under the suggestive and appealing title “Time to Attack Iran. Why a Strike Is the Least Bad Option.” 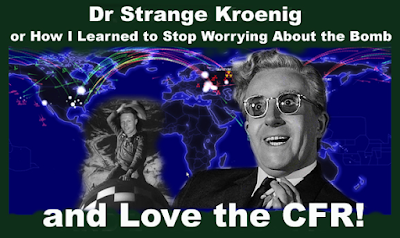 Kroenig is one of the new ambitious madmen carefully nurtured by the CFR masters as substitutes for the aging Kissingers, Brzezinskis and Cheneys.

According to Kroenig, “skeptics of military action fail to appreciate the true danger that a nuclear-armed Iran would pose to U.S. interests in the Middle East and beyond.” In the CFR conspirators’ lingo, “U.S. interests” actually mean the interests of Wall Street bankers, oil magnates and transnational corporations.

Now, given the fact that Russia and China most likely would not watch a U.S. direct attack on Iran sitting on their hands, one has to conclude that the conspirators’ goal is not anymore war-for-oil but war-for-total-destruction of most of this planet.

It seems that the CFR madmen have decided to resort to the best eugenics tool money can buy: total nuclear war. Actually, the Rockefellers and their minions at the CFR have been preparing for it since mid-last century, and apparently they have now concluded that the time is ripe for a nuclear holocaust that will liberate them from us “useless eaters,” so they can fully enjoy the planet’s natural resources that all belong to them……….

Julia comments – The Guardian seem to estimate around July 1st is when it will kick in.