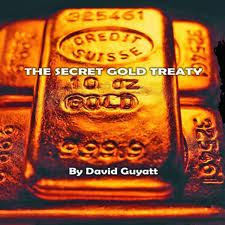 Hi Tap That was a very interesting video of Ben Fulford, I have more stuff.

But first let’s get THE SECRET GOLD TREATY stuff up & running as a topic, as this is directly related to the Keenan/Dragon Family Law Suit.

THE SECRET GOLD TREATY is a book by David Guyatt, available as a download file (Size: 14.8 Megabytes zip file) and has been pre-formatted with a powerful and easy to use print option pre-set to produce a high quality printed hard copy book for the comfort of “armchair” reading.

THE SECRET GOLD TREATY Exposes many of the darkest secrets that the financial elite prayed would never be made public. It unveils the shocking truth about gold looted during WWII and how immense quantities of this black market gold has been used as a secret funding back-bone for the CIA during the cold war. 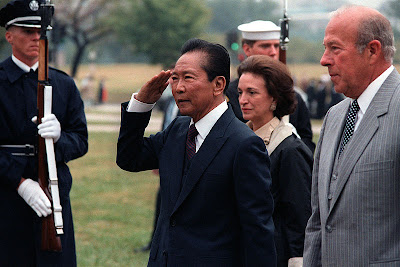 Marcos refused to sign over the Philippines’ natural resources to the banking cartels in perpetuity, as surety for his debts. As a result in 1972 he was felled by the CIA and replaced. People Power was the media narrative, when the real reason was gold. Today Philippine gold is mined in secret and removed from the country by international banks without any news coverage. Marcos with George Schultz

INTERESTING STATEMENT & this relates to the use of PROMIS SOFTWARE

The technotronic era involves the gradual appearance of a more controlled society. Such a society would be dominated by an elite, unrestrained by traditional values. Soon it will be possible to assert almost continuous surveillance over every citizen and maintain up-to-date complete files containing even the most personal information about the citizen. These files will be subject to instantaneous retrieval by the authorities.”

I have mentioned on numerous occasions that the reason for the second word war was GOLD. Some years ago I came across files relating to The Secret Gold Treaty, obtaining them was not straight forward, as it was necessary to obtain a code from Authors List, to open them. When opened they would be specific to that PC only. This was in no way secret information, but was not mainstream stuff, so at the time I looked at them, then Archived the Deep Black Files. There were in fact 3 sets which were as follows.
The secret Gold Treaty, Project Hammer, Project Hammer Reloaded.

The exe. won’t transmit by e-Mail so here is the Link:-
http://www.deepblacklies.co.uk/goldtreaty_blurb.htm

It appears that the first file is the the one he is referring to as it appears to be instrumental to much of the case being pursued.If you can’t get it to work I will send a short summary.

The other information enclosed is also highly relevant It relates to Court Case Documentation, & other relevant stuff,regarding Ben Fulford. & Black Nobility. This could well be the Death Knell FOR THE BLACK NOBILITY, & THE UNITED NATIONS. I told you that the official Gold Reserve Statistics were a ‘Load of Rubbish’, & that the real amount can be measured in TRILLIONS of TONNES. You also may remember I told you that the Elite’s Top Parasites were deeply implicated, but George Silver wouldn’t believe it as it hadn’t been reported in media. Fulford said at the time no one was off limits.

The Black Nobility & The Royals are obviosly going to be deeply Implicated in this. As someone commented I believe.

‘The Fan Is Only Pointing In One Direction’. I am of the opinion that the Riberto Calvi Vatican, P2 & Count Hans Kolvenbach who has been trying to cut a deal, & of cause Cheney of Halliburton. Another interesting point was the use of PROMIS SOFT WARE which we had been discussing.

Many well known heads are going to roll, and The War Mongers are going to be Brought to Book, so 2012 looks like it could be a good year for Truth Seekers

The Other Links:- YOU HAVE THESE BUT I JUST PUT THEM DOWN FOR COMPLETENESS

On April 5, 1933, President Franklin D. Roosevelt signed Executive Order 6102, which ordered people to turn in their gold to the government for a payment of $20.67 per ounce. Roosevelt based his order on the 1917 Trading with the Enemy Act, which gave the president the power to prevent people from “hoarding gold” during a time of war. Of course, the United States was not at war in 1933, but Roosevelt claimed that it was a “national emergency”.

That leads us to another question:

If the Dragon family bailed out the U.S. Treasury beginning in 1928, then why did Roosevelt issue his gold confiscating Executive Order 6102 in 1933 and where is this gold being kept?

The most logical answer would be Fort Knox. Some believe there is no gold there, according to insiders featured on Brad Meltzer’s ‘Decoded’ television series.

TAP If you were going to recommend just one of the five links you give, which one would you pick. Not many have time to dedicate to research that you do.

8 Responses to “Well would you believe it? Gold is not rare at all!”