I went surfing yesterday – not on the ocean waves, but in a few sites that caught my attention while researching the blog post on Nathan Mayer Rothschild fathering Queen Victoria. The website www.iamthewitness.com has many amazing links and stories which are an education to me. The one that I am reading right now is a document discovered in a US University by an American academic. It is written in English, although it is clearly authored by a Zionist Jew, who sees world domination as his aim, and his expectation. The document called ‘The Jewish Utopia’, is ‘edited’ with comments interjected by the academic, and it makes a fascinating summary of what appears to be actually happening in the world today. 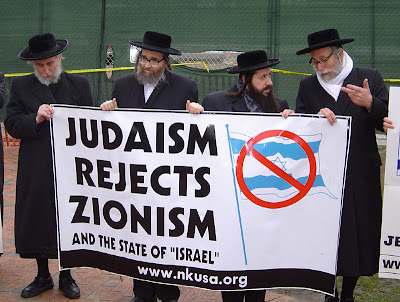 Zionists want to dominate the whole world. They are a minority within the Jewish race, but they are the most powerful. For outsiders, it’s hard to tell the difference between Zionists and other less aggressive Jewish religions, which is why you get the NAZI retaliatory impulse against all Jews. This impulse is utilised by Zionists to win sympathy, and to brand all opposition to their plans as anti-Semitism. Zionists have been behind all the pogroms against European Jewry in the last two hundred years, including Auschwitz.

Here is an extract of The Jewish Utopia –

The “spiritual” conquest of the world (by psychological warfare, at
which the Jews are past masters) ought to be comparatively easy after the
Communist monster has ground up the races and nations, leaving only a
dull, characterless, morally weak homogenized mixture — a “shorn alike,
bleating alike human flock” — shorn of traditions and moral standards to
anchor to, shorn of the memory of a better life which was once an ancestral
heritage, and shorn of the courage and character to fight for freedom and
economic well being. Communism, by its very nature, hating the capable,
successful individuals, is self-destructive. But it destroys the races as it
destroys itself. It drags the world down with it, like a fire which burns itself
out but leaves only dead embers.

By what steps will Israel become the dominant power and how will the
Jews in Israel enjoy the happy era?

The author already has told us there would be a bloody Armageddon
which would break the strength of the “unrighteous” nations, those who
resist the Jewish revolution.

But after that-, the Jews themselves must accept the most exacting
regimentation if they are to make the surviving non-Jews look on them as
holy:

“Before the nations of the world recognize Israel as the ideal people,
Israel will have to undergo a spiritual development, the Jew will have to be
prepared to lead the world to righteousness. For, it will be a serious and
daring challenge to Israel, a challenge in which the fate of humanity will be
involved (sic)..

“The first step will be the adjustment of Israel’s every day life to the
principles of truth, justice and righteousness, as understood in the ideology
—30—of a living universal God. These principles will not be merely blank and
empty phrases as employed by modern professional preachers. They will
actually function in the relationships between Jew and Jew. ‘Then shall
the nations bless themselves by God, and in God shall they glory.’ “
Here we must suppose that the words truth and justice mean truth
and justice; for here the author is talking about relationship “between Jew
and Jew”. This is precisely what the Talmud teaches: a Jew must play fair
with his fellow Jew.

As for the non-Jews, by Talmudic standards anything goes that will
not bring reprisals on the Jews. To be fair with the author, I searched his
Utopia from cover to cover trying to find any requirements that the right-
eous Jews also exercise truth and justice toward non-Jews. Nowhere in the
book did I find a hint of any such requirement. Throughout, the book calls
for “righteousness” on the part of all people — conformity by all of us to
the Jewish program; but nowhere is the obligation of “righteousness” or
fair play reciprocal.

Obviously, then, we must conclude that the strict regimentation which
the Jews in the future Israel must undergo is for the sake of appearances
among the rest of us—or any of our offspring who survive.

This guy seems able to explain the same phenomenon in simple more modern terms, which confirm the world described in The Jewish Utopia. The difference is that he sees Jewish identity as entirely expendable once the goal of world dominion is achieved. It’s just a game about money and power. 90% of Jews, he says, are converts, who want to join the ‘free’ ride. Anti-semitism is useful as it keeps the world divided into camps, and ensures Jewish identity endures.

Read ‘The Jewish Utopia’ in full.

“The Jewish people as a whole will become its own Messiah. It will attain world dominion by the dissolution of other races, by the abolition of frontiers, the annihilation of monarchy and by the establishment of a world republic in which the Jews will everywhere exercise the privilege of citizenship.

In this New World Order the children of Israel will furnish all the leaders without encountering opposition. The Governments of the different peoples forming the world republic will fall without difficulty into the hands of the Jews. It will then be possible for the Jewish rulers to abolish private property and everywhere to make use of the resources of the state. Thus will the promise of the Talmud be fulfilled, in which is said that when the Messianic time is come, the Jews will have all the property of the whole world in their hands.”

“It is essential that the sufferings of Jews. . . become worse. . . this will assist in realization of our plans. . .

I have an excellent idea. . . I shall induce anti-Semites to liquidate Jewish wealth. . .

The anti-Semites will assist us thereby in that they will strengthen the persecution and oppression of Jews.

The anti-Semites shall be our best friends”

“Hateful views of Jews as being subhuman did not have to be invented by Nazi theorists such as Hitler, Goebbels, Rosenberg and Streicher. This ideology was simply adapted from statements of political Zionists…”

One Response to “How Jewish Religion Is Conquering The World”