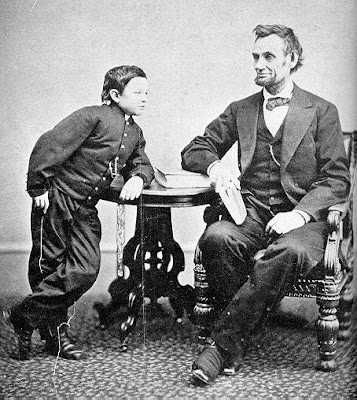 The division of the United States into two federations of equal force was decided long before the
Civil War by the High Financial Power of Europe. These bankers were afraid that the United States,
if they remained in one block and as one nation, would attain economical and financial
independence, which would upset their financial domination over the world.

The voice of the
Rothschilds predominated. They foresaw tremendous booty if they could substitute two feeble
democracies, indebted to the Jewish financiers, for the vigorous republic, confident and self-
providing. Therefore, they started their emissaries in order to exploit the question of slavery and thus
to dig an abyss between the two parts of the republic. Lincoln never suspected these underground
machinations.

He was anti-slavery, and he was elected as such. But his character prevented him
from being the man of one party. When he had affairs in his hands, he perceived that these sinister
financiers of Europe, the Rothschilds, wished to make him the executor of their designs.
They made the rupture between the North and the South imminent!

The masters of finance in
Europe made this rupture definitive in order to exploit it to the utmost.

Lincoln’s personality surprised
them: they thought to easily dupe the candidate woodcutter. But Lincoln read their plots and soon
understood that the South was not the worst foe, but the Jewish financiers. He did not confide his
apprehensions; he watched the gestures of the Hidden Hand; he did not wish to expose publicly the
questions which disconcert the ignorant masses. He decided to eliminate the international bankers,
by establishing a system of loans, allowing the states to borrow directly from the people without
intermediary. He did not study financial questions, but his robust good sense revealed to him that
the source of any wealth resides in the work and economy of the nation.

He opposed emissions
through the international financiers. He obtained from the Congress the right to borrow from the
people by selling to it the bonds of the states. The local banks were only too glad to help such a
system. And the government and the nation escaped the plots of foreign financiers.

They
understood at once that the United States would escape their grip. The death of Lincoln was
resolved upon.

Nothing is easier than to find a fanatic to strike.

The death of Lincoln was a disaster for Christendom. There was no man in the United States great enough to wear his boots. And Israel went anew to garner the riches of the world. I fear that Jewish banks with their craftiness and tortuous tricks will entirely control the exuberant riches of
America and will use it to systematically corrupt modern civilization. The Jews will not
hesitate to plunge the whole of Christendom into wars and chaos in order that “the earth
should become the inheritance of Israel.”.

Link sent in by Scotty.

Comment: Bismarck’s first Reichstag speech was stamped ‘anti-Semitic’ (Treitschke, Deutsche Geschichte im XIX Jahrhundert), and this continued to be his general attitude – with occasional “art of the possible” political
compromises.

In the American tragedy, the agitation for ‘abolition’ was spearheaded by Jewish refugees from the abortive
European revolutions of 1848.

Financing for Union and Confederacy came from the same European banking
network: August Schonberg “Belmont” was the intermediary to the North, and Judah Benjamin to the
South.

His assassin was a half-Jew, according to the Booth family biographer, Stanley Kimmel (The Mad Booths of Maryland). (Emphasis added)