There is more true history in this 50 year old cartoon than I learned in ten years of study at school and college.

I spent ten years learning history at various schools, passing into Oxford University and entering as the youngest in my academic year aged seventeen in 1972. You would think that the history we were taught would have been of the best. Yet not once was one of the key aspects of modern history even mentioned, that is the power of the bankers to control governments.

Reading Niall Ferguson’s ‘The House Of Rothschild’, first published in 1998, actually makes me angry. How come all this stuff which is so well known is not touched on in schools and universities? Everything they teach about history is total bunkum. 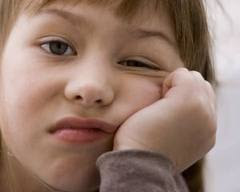 I occasionally send things to academics who appear on TV being presented as authoritative figures, pointing out holes and possible inaccuracies in their versions of history. The noteworthy thing is not one of them even replies.

They must know they are teaching history incorrectly, and they must also know that their livelihoods depend on maintaining the deceptions. Equally the students keen to win well-paid employment later on, have no incentive to rock the boat. We spend all our lives reading and re-reading histoprical deception, as permitted by the powerful, who fear exposure.

What a waste it is of everyone’s time. People are paying out tens of thousands in school and college fees for their kids to be deceived.

I am up late tonight, I had been watching the History Channels earlier, & it always annoys me when the various presenters ramble on about the necessity to defeat Nazism, without having any idea of the history of its meteoric rise. The fact the City of London & Wall Street Financed the Exercise with The Vatican being the Puppet Master.

This fact should by now be known, but it isn’t. They then interview old Service Personnel, many of whom are still as Patriotic now as they were then. They haven’t got a clue as to the real reason the war took place & least of all the fact that the Top Nazis were spirited to the West to work for America & Britain to defeat Communism, which was subsidised by the West in any case. Even during the ‘Cold War’ The Western Bankers were still financing The Eastern Block Countries. The Information is out there but there are very few who will accept it as the truth.
You can lead a horse to water but you can’t make it drink.

Even the most highly revered historians are lying to us. Take A. J. P. Taylor – a few years ago I read The First World War. Nothing all mentioned about the global corporate banking cabal and the part they played in instigating the conflict. Eustace Mullins stated that WW1 would not have happened without the Federal Reserve being set-up in 1913 and that one of the reasons for Fed being set-up was to fund war, as this is THE most highly profitable enterprise for investors. They were 117 representatives of the global corporate banking cabal at the talks for the signing of The Treaty of Versailles. I believe they ran the entire war from beginning to end. The German high command wanted to end the war in 1916 and contacted the allies with this suggestion several times. The money-lenders conspired to extend the war until 1918. These people are the enemies of humanity.

5 Responses to “All That Crap They Teach You At School”