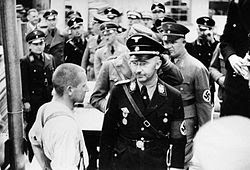 Hi Tap, Your Site gets better by the day, which is providing people with ‘MISSING LINKS’ needed to make any sense of the current events.

The video ‘Where Did The Towers Go’ by Dr. Judy Wood. I downloaded it at source & it worked quite well, no troubles. It is one of the most interesting I have seen for a long time. It answers many questions, & tends to confirm the importance of Nikola Teslas work, most of which has never been made available for the common good of mankind.

You would be amazed that many of the people I talk to have never even heard of Nikola Tesla, yet can state who was on ‘BIG BROTHER’ last year, or even the previous year. Many researchers have come to untimely ends bringing attention to the fact that ‘Zero Point Energy’ does exist, which conventional science dismisses as rubbish.

The Illuminati must be well pleased with the way people are being diverted from the importance of Real Issues to Celebrity Rubbish & Trivia.

Whilst it is generally considered that the Media is Owned by Jews, you will find that they might appear to control it, but when you look into it in more detail, you find the Latent Hand of The Vatican, which is controlled by the Jesuits.

The Pope is not allowed to make any announcement unless it has been vetted by the Black Pope. I have said before if you think the Jews are the ones running the show, you are not seeing the full picture.

The Jews are the Front used by the ‘Society of Jesus’ better known as The Jesuits. I have read many original text books relating to this issue, as well as articles written by eminant researchers. If you don’t believe me, read Vatican Assassins, the history relating to the Russian Revolution. Again Jews were said to be responsible, but these Jews were in fact Jesuits.

Both WWl & WWll also saw the hidden hand of The Vatican at work.

Hitler was a Jew & a Jesuit, as also were many of his top Generals & Administrators. Hitler & Stalin modeled their Rule on that of the Jesuit Teachings. Hitler referred to his trusted aid Himmler, Head of The Gestapo as Ignatius Loyola

Many Top Nazis were Zionist Jews, but first & foremost they were all Jesuits. IG Farben is owned by The Jesuits, The wealth confiscated from the European Jews ended up in Swiss Banks owned by The Jesuits. The above are just a few Links. You don’t need sophisticated software to find them. Just look at the evidence, remove the ‘Jewish Smoke Screen’ the real power is apparent. It goes higher than the Rothschilds, & Rockefellers, who are also Jesuits. All Dictators have been Catholics. See Link above on Jesuit Wars.

The Jesuit Order was formed long before the custodianship of the Vatican Treasury was given to the Rothschilds.

Your latest video Americans Are ‘Letters of Marque’, further exemplifies the facts in a post I sent you some weeks ago, & in others I have given you relating that everything operates as corporations. Not just America, this Country (UK) as well.

We are all Bonded Slaves from the moment we are registered at birth. IF YOU REGISTER ANYTHING YOU NO LONGER OWN IT. We are controlled by UCC LAW, Maritime Law, via The City of London, who is in turn itself under the control of The Vatican.

The link I previously gave relating to Common Law no longer works, so they obviously didn’t like it being available. I have found a lot of other interesting stuff in old books I haven’t had time to properly assess yet. Keep up the good work. The most plausible answer is not always the correct one due to the way our thought processes have been deliberately polarised, to make us think that way.

Modern Science was another Illuminati Concept, thought up to replace the falling off of Religion, but it is still controlled. Nikola Tesla was aware of this, as also was William Milton Cooper, who wrote Behold a Pale Horse. He was ‘taken out’ for it.

One further point, The Monarch is Defender of the Faith. What Faith would that be then? This Honour is bestowed by the Pope!

TAP I remember at school when traditional maths was replaced by modern maths (1960s). The excuse was that it was more attuned to the coming computer age. In fact it killed off the understanding of maths as a language, and replaced it with a system of processing data. I loved the former, and hated the latter. Many aspects of the science we learned at school are bogus, yet no one suspects in the classroom, least of all the teachers, who are selected by their willingness not to challenge.

9 Responses to “‘We Are All Bonded Slaves’”