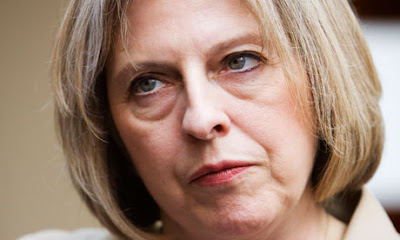 All potential leadership rivals to Cameron are being quietly eliminated, by innuendo campaigns in the media, combined with attacks from within the corrupt departments they are supposedly in control of.

Weeks after Fox went, still no one knows precisely why he was got rid of.

Now Theresa May is getting the treatment, and her reputation will be trashed to the basement in the coming days.

There is only one reason for this. The rebellion against Cameron within Conservative ranks is growing by the day. The 81 could easily have been 120 in the EU Referendum vote.

It’s not possible to undo the rebellion, of course, but if they leave the Party unable to find any potential leadership rivals for Cameron, the hundred plus backbenchers who could turf out Cameron any day they want, would be left with a problem. Who could they tiurn to next for a Party Leader?

Fox was the most likely candidate. Dealt with.
May is next. Let’s see if she can hold out.

13 Responses to “Theresa May About To Be Liam Foxed”