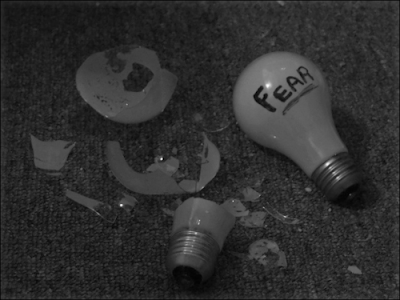 With regard to the very informative post by WASP about SRA / MPD / DID; I’ve just finished reading a book called The Black Awakening, by a Christian author and broadcaster Russ Dizdar. Russ has worked with the police in Ohio for many years, as a Police Chaplin, helping them with satanic and occult crimes. He has been a Pastor for 30 years and has been actively involved in ‘de-programming’ many SRA / MPD / DID victims.

Russ’ website, Shattering The Darkness, is very good and packed with information and free MP3 downloads:

The Black Awakening is a 664 page book, available via download. Read about the male MPD victim who suddenly (and involuntarily) switched to another ‘alter’ and attacked Russ and other Police Officers. When eventually subdued, he screamed out, ‘We are the legions who will rule the earth!’ Other anecdotes are to horrific to detail here; children and teenagers disappearing and suffering unspeakable deaths at the hands of satanic / occult groups.

Another good book, and a very good introduction to the influence of occult organisations in modern society, is The Hidden Dangers of the Rainbow (1982) by Constance Cumby.

Read through the following chapter titles in Fritz Springmeier and Cisco Wheeler’s book on Monarch Mind Control, which is easily available on free PDF download. The programmers use ‘demon possession and demonic layering-in’ when creating additional personalities, or ‘alters‘ (presumably short for alternative personalities). These are non-human entities, known throughout history, in many cultures, as demons.

IX(f) Neuro-linguistic programming (NOTE: some British police forces use NLP as ‘training’, ‘for

superintendents or police staff who are members of a command team’)
X(i)
The use of demon possession, layering in, etc.

I. The Selection & Preparation of the Victim

A. A site for torture of children, NOTS China Lake
B. What trauma does, the creation of PTSD & DID (MPD)
C. How the torture is carried out, types of trauma
D. How MPD works
E. The Core
F. The Anchoring Experience
III. The Use of Drugs

A. A list of drugs used
B. A brief history of use
C. Applications for drugs to control a slave

A. Overview
B. The use of fiction
C. The use of lies externally, incl. covers and fronts
D. The use of internal deceptions, incl. the art of hiding things in a system
VI

. The Use of Electricity & Electronics
A. For torture
B. For memory deletion
C. For implanting thoughts
D. Electronic communication & control
VII. Engineering & Structuring Of An MPD System

A. Using spiritual principles against a person
B. How the Monarch program miniaturizes what is done on a large scale
C. Dehumanization
D. Fear
E. The use of guilt, shame, ridicule & anger
F. Teaching that the master is God
G. Portals, Focal Points
H. Vows & oaths
I. The use of demon possession, layering in, etc.
J. The use of “angel” alters
K. The misuse of Scripture
L. Theta programming

A. Monitoring (Asset control)
B. The art of blackmail
C. Bribes
D. The Control of the Milieu E. Bonding & twinning
F. Peer pressure

I have also read, recently, that False Memory Syndrome was created to discredit SRA / MPD / DID victims in recovery. This was very effective legally, as several psychotherapists treating victims who were making accusations against, presumably, their programmers, were sued.

I’m constantly saying to people, ‘The deeper you dig, the darker it gets’.

I believe that at the very bottom is the occult and completely evil Satanic practices. Western society is maybe the only human society in history that is now (mostly) ‘secular’. This has been pushed on us for decades. The idea that God does not exist and that demons only exist in Hollywood horror movies is all part of the lie.

Beloved, believe not every spirit, but try the spirits whether they are of God: because many false prophets are gone out into the world. (KJV 1 John 4:1)

TAP – Thanks for that Scotty. I agree that the bottom line is cultural, spiritual. Go to www.radioliberty.com and read, listen to Dr Stan Monteith. He’s another superb source for understanding not only what is happening, but why it is happening.

I watched this twice. It’s really very good and persuasive. It explains a lot about the Illuminati, mind control, much of which was known about in the time of the slave trade. Katherine Mansfield and Marilyn Monroe were multiple personality sex slaves. There is so much to take in. It’s mind boggling. I will need to watch this many times and get the books connected with it. Technology and so on.

2 Responses to “Shattering The Darkness”