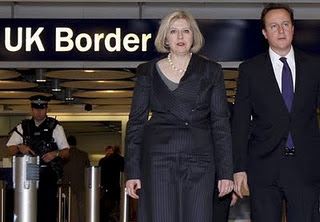 Shane’s visa ran out, and she’s gone back to the Philippines. Our four year old, not unnaturally, asked ‘Where’s Mummy gone?’ and I told him the situation. Yesterday after school, he was using scissors to cut pieces of paper and laid them all out neatly on the floor.

Soon I’ll be out there, working on bringing Mum home. I’ll keep readers posted, who are following our story. As you may remember we had a few problems with the UK Border Agency in Manila, and I wrote a blog post explaining the strange goings-on in that quarter. 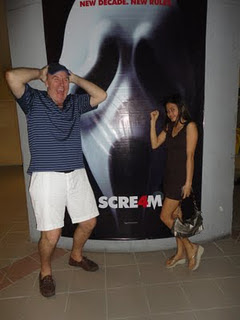 The picture taken in Manila during our last visa nightmare, now The Tap Blog profile pic.

Fortunately the Home Secretary, Theresa May, was able to intervene on our behalf, and get us over the UKBA hurdles placed in our way.

In turn I’m delighted they’ve called the media dogs off her case, and the next assassination of a potential rival to Cameron has been silenced…until the next rebellion sets Cameroon nerves jangling. I wonder if she’s been working on the UKBA’s strange unwillingness to demand affidavits from visa application witnesses. Everyone else in the Philippines demands them, but not the UKBA. Why?

5 Responses to “Shane, Me And Theresa May”