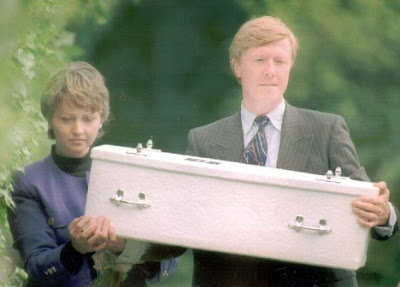 This post started off as one about parents being accused of killing their own children by shaking them – about 250 cases a year in the UK. This phenomenon leads on to further ideas at the end of the post.

Sent in by Wasp.

Many infants who suffer the so-called ‘shaken baby syndrome’ may be victims of undiagnosed vaccine damage.

Recently there has been quite an “epidemic” of the so-called “shaken baby syndrome”.

Parents, usually the fathers, or other care-givers such as nannies have increasingly been accused of shaking a baby to the point of causing permanent brain damage and death. Why? Is there an unprecedented increase in the number of people who commit infanticide or have an ambition to seriously hurt babies? Or is there something more sinister at play?

Some time ago I started getting requests from lawyers or the accused parents themselves for expert reports. A close study of the history of these cases revealed something distinctly sinister: in every single case, the symptoms appeared shortly after the baby’s vaccinations.

While investigating the personal medical history of these babies based on the care-givers’ diaries and medical records, I quickly established that these babies were given one or more of the series of so-called routine shots-hepatitis B, DPT (diphtheria, pertussis, tetanus), polio and HiB (Haemophilus influenzae type B)-shortly before they developed symptoms of illness resulting in serious brain damage or death.

The usual scenario is that a baby is born and does well initially. At the usual age of about two months it is administered the first series of vaccines as above. (Sometimes a hepatitis B injection is given shortly after birth while the mother and child are still in hospital. However, a great number of babies now die within days or within two to four weeks of birth after hepatitis B vaccination, as documented by the records of the VAERS [Vaccine Adverse Event Reporting System] in the USA.)

TAP This happened to my son a few years ago. Fortunately he pulled through, but he seemed very ill for three days.

Then comes the second and third injections, and tragedy strikes: the child may cry intensely and inconsolably, may stop feeding properly, vomit, have difficulty swallowing, become irritable, stop sleeping, and may develop convulsions with accelerating progressive deterioration of its condition and mainly its brain function. This deterioration may be fast, or may slowly inch in until the parents notice that something is very wrong with their child and then rush it to the doctor or hospital.

Interestingly, they are invariably asked when the baby was immunised.

On learning that the baby was indeed “immunised”, the parents may be reassured that its symptoms will all clear up. They are sent home with the advice, “Give your baby Panadol”. If they persist in considering the baby’s reaction serious, they may be labelled as anxious parents or trouble-makers. So the parents go home, and the child remains in a serious condition or dies. ……………

TAP Is ‘cot death’ another vaccine-related baby death covering up device? Here’s someone who knows?

Initially we did not know about the controversy surrounding vaccination. We merely observed that vaccination was the single greatest cause of stress in small babies, as indicated by the standard Cotwatch equipment, and also the single greatest factor preceding cot death in a large number of cases. We concluded that the timing of 80% of the cot deaths occurring between the second and sixth months is due to the cumulative effect of infections, timing of immunisations and some inherent specifics in the baby’s early development.

Inevitably, we began recording breathing patterns of babies after vaccination. The results of these recordings were presented to the 2nd Immunisation Conference, held in Canberra, 27~29th May 1991. We demonstrated that microprocessor records of babies’ breathing after DPT (Diphtheria, Pertussis, Tetanus) injections reveal a pattern of flare-ups of Stress-Induced Breathing closely following the dynamics of adreno-cortical activity in an individual under stress and as observed by Dr Selye.

We also demonstrated that flare-ups of Stress-Induced Breathing in babies after administration of the DPT vaccine occur characteristically on certain days even though the amplitude of the flare-ups varies from child to child.

For seventy babies who succumbed to cot death, although babies could die on any day after DPT injection, there were significantly more deaths on the days which closely correlated with flare-ups of Stress-Induced Breathing after DPT injections.

The data on the time interval between the DPT injection and cot death in most of the seventy babies was taken from the published reports which concluded that there was no connection between DPT and cot death. The authors of these papers had little idea what they were looking at or what to look for. Most researchers arbitrarily accept that only deaths within 24 hours of administration of the vaccine can be attributed to the effect of the vaccine. Yet, babies may and do die for up to 25 or more days after vaccination, and still as a direct consequence of the toxic effects of the vaccines.

How do we know this? Because of the observed repetition of the pattern of flare-ups of Stress-Induced

Breathing in a number of babies over a long period of time.

What are the vaccines composed of?

Vaccines contain live or ‘attenuated’ (weakened) viruses and bacteria or parts of them (representing foreign genetic material), animal tissue, formaldehyde and/or aluminium phosphate or hydroxide. The toxicity of vaccines varies widely and unpredictably, a DPT vaccine containing from 1 to 26.9 micrograms of endotoxin per millilitre. Geraghty and others in California tried unsuccessfully to make sure that the toxicity and composition of the vaccines is properly disclosed on the ampules.

Injecting any of these substances into the blood stream of another animal species, including humans, is absolutely biologically unacceptable. H.L. Coulter in his book, Vaccination, Social Violence and Criminality: the Medical Assault on the American Brain, mentions that repeated injections of sterile extracts of rabbit brain tissue into monkeys cause an ‘experimental allergic encephalomyclitis’ in the monkeys. Regardless of the validity or otherwise of animal experiments for humans, Coulter points out that it is an observed fact that vaccine injections often cause the same syndrome in human babies. It has been confirmed that a great number of babies, if not all, suffer a clinical or subclinical encephalitis shortly after being injected with a variety of vaccines. Coulter talks about a postencephalitic syndrome.

The great increase in a large array of brain-related conditions in the United States closely followed chronologically mandatory administration of vaccines en masse in that country.

Vaccines by virtue of their composition act as noxious substances and elicit a response equivalent to the Non-Specific Stress Syndrome.

Recently, we recorded the breathing of an infant injected with only DT (the P component was omitted because the baby had experienced a violent reaction to the two previous DPT injection). The reaction, as reflected in its breathing, closely resembled the record of its breathing after DPT vaccination. This is not meant to justify the inclusion of the Pertussis (Whooping Cough) component, but to emonstrate that all vaccines are potentially harmful.

MANY DOCTORS DO NOT VACCINATE THEIR OWN CHILDREN!

It should worry all of us that a large number of medical doctors are forcefully (by psychological pressure and publicity campaigns) without producing any evidence whatsoever of the benefits of vaccination and against all the evidence of the ineffectiveness and dangers of vaccines, injecting vaccines into our children. There are even noises indicating that soon the same forceful and unreasonable attitudes will be adopted towards adults.

This is especially bad since it is a public secret that many medical doctors do not vaccinate their own children. This extraordinary fact is reported in DPT-A Shot in The Dark, by H.C. Coulter & B.L. Fisher. These authors also report that most gynaecologists in the USA refused to be injected with Rubella vaccine. Were they afraid of the side-effects, whilst routinely recommending the procedure for women of childbearing age?

Our conclusion is that if vaccination were to be suspended, the cot death rate would be halved!