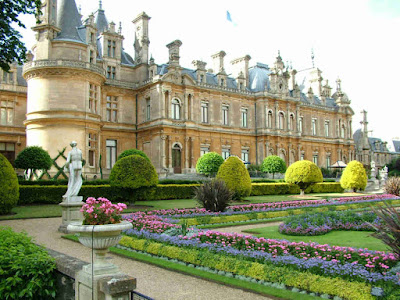 UPDATE – 25th November 2011. There is already an updated petition addressing this issue, started on Monday by Alexander Baron (the irony!), which demonstrates that the Maastricht Treaty bans the issuance of money by European nations that were signatories. Here is the petition in full.

To remove the power of credit creation from private banks and place it in the hands of either the Treasury or the Crown so that all credit for public spending shall be issued debt-free, and if necessary for Britain to withdraw from the Treaty of Maastricht with particular reference to Article 104(1) and its prohibition of debt-free government credit creation.

I came across Captain Henry Kerby’s ‘early day motion’, placed before the House of commons in 1964, whilst reading The Struggle For World Power (1958) by George Knupffer. Apparently Kerby and Knupffer were great friends.

Maybe this question could be put before the House of Commons again, ASAP.

Maybe one of the rebel ‘referendum 81’ Conservative MP’s would be up for it?.

Or, what about this: http://epetitions.direct.gov.uk/how-it-works

If more than 100,000 signatures are collected, then it ‘could be’ (see wording on website) debated in the House of Commons.

A Motion to Restore the Power of the Issue of Money to the Crown.

This article appeared in Prosperity, October 2001, both the complete article and Captain Henry Kerby’s comments.

On the 22nd December, 1964, Captain Henry Kerby MP, placed the following Motion before the House of Commons.

It was an “Early Day Motion” and so it was never debated and, consequently, does not appear in Hansard. It is, however, published in the Early Day Motion records and [they] have a copy of it at Prosperity.

THE EMISSION OF ALL THE MEANS OF EXCHANGE

“That this House considers that the continued issue of all the means of exchange – be they coin, bank-notes or credit, largely passed on by cheques – by private firms as an interest-bearing debt against the public should cease forthwith; that the Sovereign power and duty of issuing money in all forms should be returned to the Crown, then to be put into circulation free of all debt and interest obligations, as a public service, not a private opportunity of profit and control for no tangible returns to the British people; and that the volume of money be controlled so as to maintain stable prices:

That the nationalization of the Bank of England did nothing to solve this problem, as the bank only serves a subsidiary purpose and almost all money is still created out of nothing by mere book entry by private banks:

That the aims of those who want to assure private property and free enterprise, as well as those who want to protect the British people from unfair exploitation, would both be best served by restoring the power of issuing money to Her Majesty The Queen, in accordance with ancient tradition and law, as is also demanded by the American Constitution, which gives the right of issue solely to Congress, so as to assure the State and Nation the benefits of that emission and relieve them of the immense and growing burdens of a parasitical National and private debt; and to make certain that control passes to the taxed and is taken out of the hands of the present hidden and unlawful beneficiaries of taxation, much of the proceeds of which they collect as interest on all money and immense debts:

And therefore this House calls upon Her Majesty’s Government to introduce the required legislation, to assert the proper sovereignty of The Queen in Council in this most important of all sovereign functions, to assure unprecedented prosperity with true sovereignty and liberty.”

Scotty – Just found this among petitions already active and I’ve signed it.
http://epetitions.direct.gov.uk/petitions/23363

TAP – Come on, Tap Blog readers. Get at it and go viral! I’ve signed.
Here’s more background on how the money men control the world.