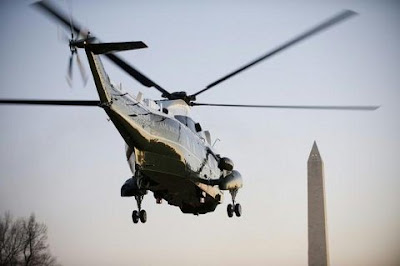 Is Barack Obama a target of the next false flag?

Russian Foreign Minister Sergei Lavrov warned the U.S. and Israel against an attack on Iran, cautioning that such a move would mean “a very serious mistake”. Russia warned the U.S. because Russian intelligence knows that the CIA is finalizing preparations for multiple false flag attacks against the United States.

The CIA is reportedly going to use SA-7 shoulder-fired, low-altitude surface-to-air missiles (SAMs), that the CIA smuggled out of Libya and into the United States, against both civilian and U.S. government aircraft. Russian intelligence indicates that the United States government has authorized Israel to launch an attack against Iran immediately following multiple false flag SAM attacks in the U.S. Unbeknownst to Barack Hussein Obama is that the CIA will be targeting him.

The CIA handlers know that the American people will not support another U.S. war of aggression. The U.S. can’t afford another war. The U.S. government’s wars of aggression in Afghanistan, Iraq and Libya have bankrupted the nation. The U.S. people know that their government lied to them about Iraq and they know their government is lying to them about Iran. The American people are not stupid. They know that the Afghanistan, Iraq and Libya wars were about oil. They know that the war drums are beating now for Iran because of oil too. The CIA and the unelected leader of the United States military and former CIA director, Leon Panetta believe that the American people will only support a war with Iran if their president was killed by Iranian terrorists. To achieve this the CIA and Leon Panetta will falsely accuse Iranian terrorists of carrying out the CIA’s false flag SAM attacks.

As in the CIA assassination of elected 35th U.S. president John Fitzgerald Kennedy there is a CIA Pentagon friendly president in waiting – Joe Biden. Like Lyndon B Johnson, Joe Biden never had a chance at the presidency if it was left up to the people to decide by vote. So like Lyndon B Johnson, Joe Biden (long-time member and former chairman of the European Central Bank controlled Council of Foreign Relations Committee – a group with one agenda – the overthrow of the Constitution and American sovereignty) is eagerly waiting to be installed as president after another CIA coup d’état.

TAP – I thought Obama was CIA down to his underwear. As for false flag terror, it’s the usual game played before a new war. Why would Iran be any different? The preparations are being made to black the name of Putin, and blame Litvinenko’s murder on him, no doubt filling news reports for weeks on end. Russia is inevitably another target if Iran is next of the NATO shopping list. Lavrov saying invading Iran would be unwise, suggests the war would not be limited to Iran.

COMMENT – I heard Daniel Estulin say in an interview that Obama is a useful idiot to his handlers and he will be assassinated at a time when it will be most useful to them.

This interview was with Jeff Rense (probably in April 2010) but he was expecting Obama to be killed after getting the healthcare bill through. Guess his assassination could be even more useful now.

TAP – Or they can assassinate a lookalike as they did with Hitler (Gustav Weber/Weler died in the bunker), possibly Saddam and Gaddafi. Obama is CIA. It might be bad for morale if they start killing their own.

One Response to “Pearl Harbour. 911. Next One Imminent.”