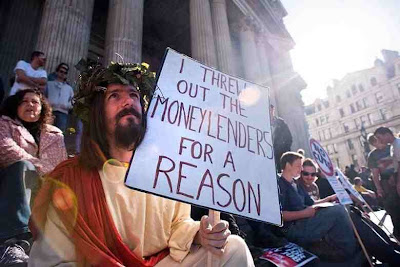 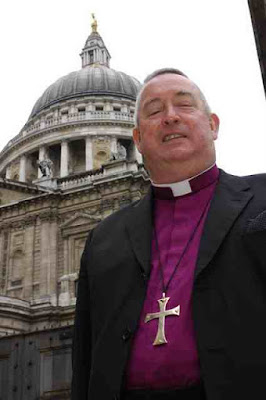 When push comes to shove and as men-of-the-cloth, they have had to make a choice – who do we really support? a) the authorities and the money lenders, or b) the teachings Jesus Christ, the protesters and all of humanity. They have both passed the test with flying colours. They may now be unemployed, their Church of England careers ended – but they leave with their dignity, integrity and self-respect fully intact. They have set us all a great example. 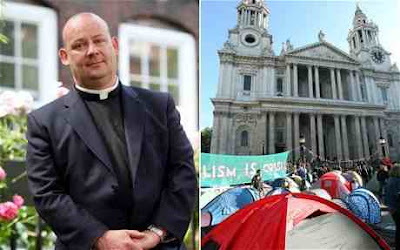 If more people in all walks of life – especially the military, the police and all those in public office – were prepared to make a similar moral stand, putting the welfare of others before their own position and gain, refusing to be a part of, or contribute to, actions which are clearly morally wrong, then humanity would surely not be in such a terrible mess. There is hope for us yet! 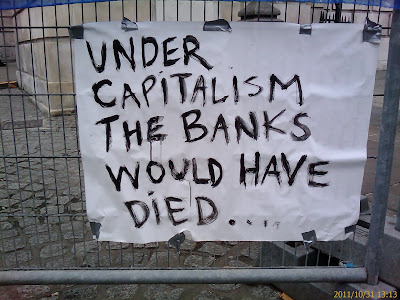 UPDATE – St Pauls is the wrong target, the demo there a set-up by the bankers trying to deflect attention from their holding Britain to ransom with vast debts. The demo should be at N.M.Rothschild in The City.