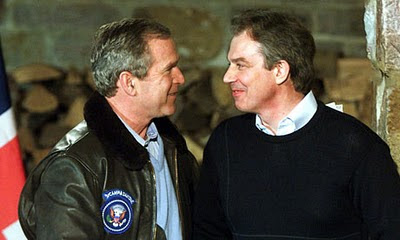 War is driven by greed. Yet who are the people who yearn for total power over all other human beings? The only ones who are desperate enough to work endlessly to get everyone into a system of total control that I can see, are paedophiles. The EU. The UN. The Labour Party’s recent leadership, especially Blair and Brown. Robinson at NATO, Portillo, Mandelson. Before them Edward Heath, arch europhile. Only paedophiles have the motivation to create a world like we have today, where they can get what they want, and no one can stop them.

I heard people at Westminster in the late 1990s calling the political leadership of the parties ‘the gay mafia’. That wouldn’t have been a serious problem. Gays are harmless enough to others. The world, though suffers from something far worse, a paedophile mafia, intent on creating an elite class made up of their own, and a slave class dedicated to meeting their needs.

Blair ensured the goings-on around the Dunblane massacre were kept out of the public domain, issuing a D Notice on the press and archiving all documents for 100 years. The killer, Hamilton, was a paedophile known to the Police, who was providing boys for cabinet member Robinson, Secretary of NATO, and other people high up in government. Who knows? Possibly Blair himself was directly involved, who was exposed as a user of rent boys by one he borrowed from George Bush in The White House (Source – Gordon Logan).

How long has paedophilia been the driving force of power in the human race? The Romans were certainly guilty of it. Churchill was said to be another one. Are all ruling classes filled with people desperate for one thing and prepared to do anything to get it, including start wars, boom and bust economies, and murder anyone who gets in their way?

What else explains the world as it currently is, where a tiny elite cause chaos to ensure they are kept at the pinnacle of power, or was it always so? In short, it is not reptilians who rule the world, as David Icke theorised twenty years ago, but paedophiles. The Reptilian ‘error’ is maybe what’s kept David Icke alive as he exposes other aspects of the power elite’s machinations.

Gordon Logan ex-MI5 says that the power elites prefer to get paedophiles into high office as they are easy to manipulate with the threat of exposure. Blair was no doubt threatened with exposure if he didn’t get Britain into Iraq. But maybe all the powerful people in the world are tainted with this evil, and only allow others of the same bent, to join their ranks. That’s the only way they can survive, if they’re all in the same camp, or they’d be exposed. Also they are the only ones with the underlying motivation to become rich beyond the imagination of others, to subjugate normal people, and from a position of power, prey upon children – to rape them, torture and murder them.

Anyone hoping to go into politics, rise to the top of the legal profession or central banking should checklist their CV. Paedophilia is clearly the pathway to power. The power of love is as nothing alongside the power of the paedophiles. They can literally get away with murder, wars, famines, economic crimes, anything at all, as long as it is all kept secret, and people are left wondering why 100,000 children a year go missing in Europe, and a similar number in the USA. They could also question why armies of children are taken away from their parents each year by the State, and less and less find their way to being adopted into loving families.

The people in the armed forces, the SAS in Libya, the RAF and the navy being sent to fight Iran, might bear in mind. The whole thing is being done purely to keep paedophiles in power. We are killing human beings on behalf of the very worst that humanity is capable of, hidden at the pinnacle of our own nation and society. Can’t we do something to stop them? Can’t the armed forces wake up to realise who they are fighting for? It’s time the paedophile mafia that rules the world was fully exposed, and dealt with.

David Cameron is issuing all kinds of words as if he might do something to stop the charge of the paedophile fraternity to get what they want, but as usual, he won’t actually do anything. He knows wherereal power lies, even if voters sadly don’t have the first clue.

SENT IN BY Wasp

The “News of the World Investigates” article by Marcello Mega, published on 28 December
2003, is typed out verbatim below.

He says they may belong to a secretive “Super-Mason” group called The Speculative
Society. Some had links to the Queen Victoria School where gunman Thomas Hamilton was
allowed to roam free before the 1996 atrocity.

And Lord Burton revealed that he was bullied and threatened by other peers when he
tried to raise his concerns in the House of Lords. Last night the 79 year-old
aristocrat said: “There’s no escaping the fact that there’s something sinister about
the whole affair.” He was prompted into action after reading in the News of the World.

last month that police are investigating claims that pupils at QVS were regularly
taken away and sexually abused.

The Cullen Inquiry failed to investigate why suspected paedophile Hamilton was
allowed to wander around the school whenever he liked, running camps and using the
shooting range.

Former housemaster Glenn Harrison told us how he even found Hamilton, 43, creeping
around the dormitories at night. He said Hamilton, who murdered 16 pupils and a
teacher at Dunblane Primary School in 1996, had close links to a top cop.

Glenn said he was aghast that he was never called to give evidence at the Cullen Inquiry.
He said: “I was one of the people who was making a fuss about Hamilton long before
he killed those children, but no one wanted to listen.”

Now Lord Burton has
contacted him at his new home in the Shetland Islands, saying he believes Glenn wasn’t
called to give evidence to avoid the embarrassment of top legal names being dragged
into it.

5:53 AM
Tapestry said…
Is that why The News Of The World was closed down? They had dared to expose the paedophiles at the heart of the ‘One World War Machine’.

Alex Jones describes the latest threat of war in Iran.

The USA is ready to back up Israel’s coming attack on Iran, information from forces based in Kuwait and elsewhere. Jones addresses Cointelpro government employees, and tells them they’re on the wrong side.

This attack could well be the start of WW3, says Jones.

The government is bringing in a total control grid, to imprison the nation of America. Marshal law. They need a war to bring it all into the open.

Jones describes attempts being made to entrap him in violent attacks on the state, which would give them the excuses they need to take him away.