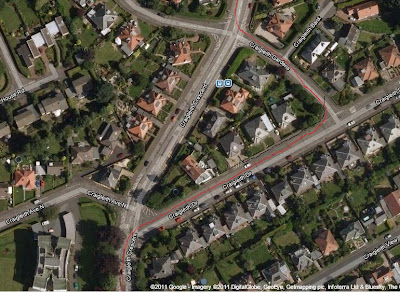 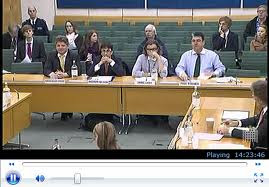 People would love to believe the newspapers and the TV. Fact is they don’t much anymore. In fact many try desperately to theorise some kind of sense out of the stories they are presented with, but they can’t really find any. That turns them away and to the blogs, where they find another bunch of self-interested nutters, who trade either in narrow supportable facts like Guido, or broader explanation blogs which are called ‘conspiracy theory’. The trouble starts when people find the conspiracy ‘theories’ fit the known facts better than the fantasy tales lived in by the media.

Bloggers should be saying to Parliament,’don’t shoot the messenger who tells the truth. Get rid of the ones who live in the legally protected world of monied lies.’

Is it in the national interest to live in a world of falsehood? The answer is that sometimes it is. For example does it matter that Prince Philip is German, not Greek, and that he was in the Hitler youth, as that was compulsory when he was a schoolboy in Germany, that he is not the father of the Duke Of York, and so on. Not really.

It is more significant that Blair issued a 100 year D notice on the Dunblane massacre, as Hamilton was a known paedophile providing kids to senior government politicians, or that Robin Cook was assassinated to make way for the Iraq war, and so on.

If these are mere conspiracy theories, then it is no harm for nutters to go around proclaiming them, being disbelieved by the masses, and socially ostracised. Truth is never highly convenient for the powerful, and is usually considered to be a form of madness in the time that it relates to. Only a hundred years later are the facts seen objectively, when the strange goings-on are perceived as being some quaint habits of ancient times, not relevant to today.

The trouble with the internet is that that 100 year period is now reduced to a matter of days, or even minutes. Cameron, for example, is a classic example of falsehood walking around, expecting for some reason to be believed – 911, Bin Laden, Taliban, Libya a terror state and so on. When will it become legal for people who know the truth to speak it? Is knowledge of truth a sentence of permanent silence? How will people have any respect for government, which demands to be respected, when they threaten anyone who tells it like it is with legal consequences? In their Parliamentary sub-committee interviewing the bloggers yesterday, they look and sound like the 100 year old quaint irrelevances that they truly are, probably completely unaware of the world of lies in which they have been made to live.

6 Responses to “Cameron’s Mother Is A ‘Levita’. He Is Jewish.”