The American Constitution possesses many fine words, but no one reads the small print. Later sections declare citizens to be legalised pirates, or Letters Of Marque, under Admiralty Law. The US is the only country in the world to do this. It is legal for US Government personnel to steal from, rape and kill American ‘citizens’. The people are a legalised enemy. 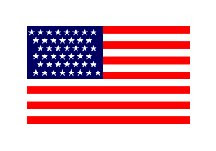 The US War Flag

The US flag in use today is the war flag. The US also has a peace flag with vertical stripes, which is rarely seen. 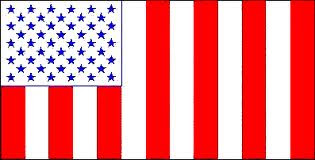 The US is a country at permanent war with its own people. The legal device is the Letter Of Marque, which identifies each person as an enemy. In the Treaty Of Paris, all other countries moved on from this system of legality for defining the status of their citizens. The US was the only country in the world which left this device in place into the modern era.

Clip sent in by Stedra Rulz with comment –
‘Could this be the reason that the police are so vicious?’

TAP – British readers should bear in mind that under Mrs Thatcher’s Trident agreement with Reagan, Britain has to go to war on the command of the President of the United States. The war flag applies to us too. But see this next clip –

This next clip claims that the United States belongs to the British Crown. It also claims that Britain belongs to The Vatican under a 13th Century agreement. The Illuminati have created false states for people to believe in, throughout history. Today is no different, except the internet allows such information to be widely shared. The US President can order Britain’s armed forces into war, under the Trident agreement made in secret by Mrs Thatcher. But so too can the City Of London order the US President to go to war. The power of money comes first.

Here is one person trying to fight back, a retired Police Captain. He and the rest of Occupy should be using the peace flag as they face the hired thugs from the NYPD. ‘Don’t become Wall St mercenaries,’ he says to the Police.

7 Responses to “Americans Are ‘Letters Of Marque’, And Have No Rights”