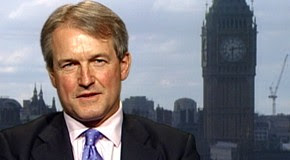 My MP – Owen Paterson did not vote. But he’s front bench. It would have ended his ministerial career if he’d voted for a referendum.

The 81 who voted for the In/Out EU Referendum are listed here….

The rest of them are liars (bar the abstainers), and deserve to be thrown out by their constituents for clear breach of a cast iron election promise. The vote was no threat to the coalition whichever way it would have gone.
That excuse is inappropriate.
There is no excuse.
The only abstainer I know of is Dan Kawcynski of Shrewsbury & Atcham.

Failing that, UKIP are claiming 7% up from 3% at the election. Just 3% more and they are solidly number 3, with Lib Dems in the dustbin.

Many thanks Tap for posting a list of the Tory MP’s who voted against the Government on Monday.

I was hoping to find a list somewhere or other. If you know where I might find a list of Labour MP’s
and others who also voted against the Government, can you let me/us know please.

The only name on the Tory list that I was surprised by was that of the name of Zac Goldsmith!

My constituency MP’s name was not on the list. But I never have and never would vote for him anyway.

TAP – My MP is Owen Paterson, Sec Of State For NI. As a member of the front bench, he didn’t vote for the referendum, but I would still call him trustworthy. He’s been in the province for 18 months as a minister, and for four years before that as shadow. He has particular reasons for not rocking the boat. I know he is trustworthy after seeing him campaign for the British fishing industry when he was MAFF shadow under IDS, and with other issues where he has been exactly on the right side, over and over. If he votes against Cameron, he would be thrown out of his post, and as he is campaigning for a new lower tax regime for Northern Ireland, he has unfinished business. He knows from past experience that he regretted leaving departments with work unfinished. I personally wonder why Cameron has left him in Northern Ireland for so long, the longest running minister/shadow in history.

The test of trustworthiness, as evidenced by the vote, applies particularly to backbenchers. The above MPs passed the test two nights ago.

4 Responses to “Which Conservative MPs Can Be Trusted?”