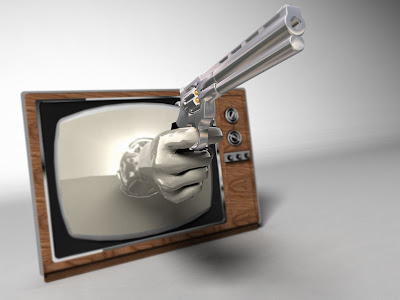 When you try to engage people in conversation about the way the world is going, if they are TV junkies, they have no ‘vision’ at all as to what has just happened in Libya and will soon be happening in tens of other countries around Africa and the Middle East. They swallow the output of TV studios, and their military psy-ops backing crews, as if it had biblical authority. The BBC and CNN are part of the military. By watching and believing, you are being recruited as an accessory to murder and theft.

The Battle for Oil

More than 60 percent of the world’s oil and natural gas reserves lie in Muslim lands. “The Battle for Oil” waged by the US-NATO-Israel military alliance requires the demonization of the inhabitants of those countries which possess these vast reserves of oil and natural gas.

The US-led war in the broader Middle East Central Asian region consists in gaining control over more than sixty percent of the world’s reserves of oil and natural gas. The Anglo-American oil giants also seek to gain control over oil and gas pipeline routes out of the region.

Demonization is applied to an enemy which possesses three-quarters of the world’s oil reserves. “Axis of evil”, “rogue states”, “failed nations”, “Islamic terrorists”: demonization and vilification are the ideological pillars of America’s “war on terror”. They serve as a casus belli for waging the battle for oil.

The Battle for Oil requires the demonization of those who possess the oil. The enemy is characterized as evil, with a view to justifying military action including the mass killing of civilians. The Middle East Central Asian region is heavily militarized. The oil fields are encircled by NATO war ships stationed in the Eastern Mediterranean (as part of a UN “peacekeeping” operation), US Carrier Strike Groups and Destroyer Squadrons in the Persian Gulf and the Arabian Sea deployed as part of the “war on terrorism”.

The ultimate objective, combining military action, covert intelligence operations and war propaganda, is to break down the national fabric and transform sovereign countries into open economic territories, where natural resources can be plundered and confiscated under “free market” supervision. This control also extends to strategic oil and gas pipeline corridors (e.g. Afghanistan).

Demonization is a psy-op, used to sway public opinion and build a consensus in favor of war. Psychological warfare is directly sponsored by the Pentagon and the US intelligence apparatus. It is not limited to assassinating or executing the rulers of Muslim countries; it extends to entire populations. …

Those in the US, please note –

If you have ever wondered about the government’s ability to control the civilian airwaves, you will have your answer on November 9th.

On that day, federal authorities are going to shut off all television and radio communications simultaneously at 2:00PM EST to complete the first ever test of the national Emergency Alert System (EAS).

“This isn’t a wild conspiracy theory. The upcoming test is posted on the Public Safety and Homeland Security Bureau website.

Only the President has the authority to activate EAS at the national level, and he has delegated that authority to the Director of FEMA. The test will be conducted jointly by the Department of Homeland Security (DHS) through FEMA, the Federal Communications Commission (FCC), and the National Oceanic and Atmospheric Administration’s (NOAA) National Weather Service (NWS).

In essence, the authority to seize control of all television and civilian communication has been asserted by the executive branch and handed to a government agency.

The EAS has been around since 1994. Its precursor, the Emergency Broadcast System (EBS), started back in 1963. Television and radio broadcasters, satellite radio and satellite television providers, cable television and wireline video providers are all involved in the system.”

3 Responses to “Watching, Listening And Believing TV News Makes You An Accessory To Murder.”