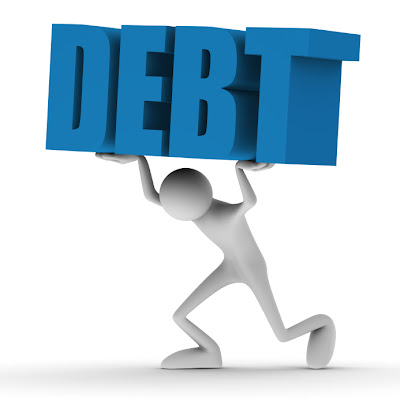 The flow of debt or credit (being the same thing from the viewpoint of the borrower who asks for credit from a lender) is heading rapidly to the centre. If debts are unpaid, the party who ends up holding the debts is usually a bank. That bank itself eventually is unable to sustain its own indebtedness. The government, unable to countenance a bank collapse, then assumes responsibility for the debts. In no time, the debts of all kinds end up at the taxpayer’s door.

Who then are the lucky creditors, to whom all these vast sums are owed by the government? You hear politicians talk of the international bond markets, as if those who owe money are mere human beings, taxpayers no less, but those to whom the money is owed, are not.

And yet the issuers of gilts in the UK, or Treasuries in the US are all private individuals. If the money was owed to the government, as most people think it is, there are no debts. A government, which assumes responsibility for all the bankers’ debts, cannot be in debt to itself. That’s not feasible as a matter of logic.

Governments can in theory issue money to cover their debts, but most don’t do so, as those who try, (such as JFK, for example) have been proved to have dramatically shortened their life expectancy by doing so. The central banking families historically have maintained their position as sole issuers of money, by any means available, including assassination. It is a lot safer, personally speaking, for a government to place their country into penury by borrowing from the world’s real government, the central banking cartel.

Finding out who owns The Bank Of England, and the Federal Reserve is a tortuous business. But the trail left after seeking who is the money owed to by all the governments of the world, leads to surprisingly few human beings, a handful of families, interrelated by marriage, who own, between them, more than half the wealth of the whole world.

As the economic crisis consumes more and more people, it is worth a thought that these circumstances please the tiny elite. You might paraphrase Churchill. Never before in the field of human financial affairs, has so much been owed by so many to so few.

The power of the central banking families to boom the world’s economy, and bust it is total. They know when they will pull the plug. They issue QE while they are cashing out from markets, and they buy back in after markets crash, which happens when they stop the bail-outs. This is exactly how the rich became rich, and it is how they intend to stay that way.

The only problem is that they have become so powerful they can increasingly ignore the existence of mere nations, and of private property rights, and plunder the world at will. Who will ever be able to stop them?

Who Owns The Bank Of England?

In 1977, the Bank set up a wholly owned subsidiary called Bank of England Nominees Limited, (BOEN), a private limited company, with 2 of its 100 £1 shares issued. According to its Memorandum & Articles of Association, its objectives are:- “To act as Nominee or agent or attorney either solely or jointly with others, for any person or persons, partnership, company, corporation, government, state, organisation, sovereign, province, authority, or public body, or any group or association of them….”

But what would surprise everybody is that the Bank Of England, which is entitled to issue cash, then lend it and charge interest to the government, is still essentially a private business.

What would also surprise people is so is the Federal Reserve of America a privately owned bank, and all central banks of the world, including the Bank for International Settlements (BIS) in Switzerland, which is the Central Banks’ clearing house.

If the One World Government actually had an address, this would be part of it – the B.I.S, another privately owned bank, the central bankers’ central bank, beyond the control of democracy or government, able to influence events secretly from behind the scenes. One thing is for sure is that in times of financial crisis, these central banking networks become supremely powerful, as those like Gordon Brown allow their countries to become effectively indebted to the point of loss of control.

The people wielding this power see the world’s financial crisis as their moment of opportunity to seize greater power. The scary part of that is that hardly a living soul even knows they exist. Now that’s real power.

What’s all this about?

Professor Carroll Quigley wrote a book on who ruled the the USA and Britain between 1870 and 1960, called Tragedy And Hope: A History Of The World In Our Time. His publisher MacMillan, was taken over as they first published his book, and the plates and the manuscript were destroyed. But not before a handful of them had been sold. In this book, Professor Quigley wrote –

The power of the Bank Of England and of its governor was admitted by most qualified observers. In January 1924, Reginald McKenna, who had been Chancellor Of The Exchequer in 1915-1916, as Chairman of the Board of The Midland Bank, told its stockholder:”I am afraid the ordinary citizen will not like to be told that the banks can, and do, create money…And they who control the credit of the nation direct the policy of Governments and hold in the hollow in their hands the destiny of the people.”

..the powers of financial capitalism had another far-reaching aim, nothing less than to create a world system of financial control in private hands able to dominate the political system of each country and the economy of the world as a whole.”

On August 5th 1995, the New York Times published an article by Keith Bradsher, in which he wrote –
In a small Swiss city sits an international organisation so obscure and secretive…Control of the institution, the Bank for International Settlements, lies with some of the world’s most powerful and least visible men: the heads of thirty-two central banks, officials able to shift billions of dollars at the stroke of a pen.”

On June 28th 1998, The Washington Post published an article about the Bank for International Settlements (BIS) titled, “At Secret Meetings in Switzerland, 13 people shape the world’s economy”, which described these individuals as “this economic cabal…this secretive group…the financial barons who control the world’s supply of money.”

Each Central bank sought to dominate its government by its ability to control Treasury loans, to manipulate foreign exchanges, to influence the level of economic activity in the country, and to influence cooperative politicians by subsequent economic rewards in the business world.”

They are not all Jewish by the way.

Dr Stan Monteith in The Brotherhood Of Darkness (Anomolos) writes –

Anti-Semitism is a smokescreen created to conceal the identity of the true enemy.

He explains that the objective of the secretive groups is to bring about the surrender of sovereignty and of national independence.

What will replace it?

The UN is being prepared to assume power over the world, but who will control all this power?

How will the US and other military forces be neutralised?

The simple notions of One World Government in theory, can get very confusing in the practice.

Early day motion 1297
Print version
ENFORCEMENT OF BANK OF ENGLAND ACT 1694
Session: 2008-09
Date tabled: 20.04.2009
Primary sponsor: Mitchell, Austin
Sponsors: Cohen, Harry Cryer, Ann Illsley, Eric McDonnell, John Taylor, David
That this House, observing that the intention of the founding Act of the Bank of England in 1694 was `that their Majesties’ subjects may not be oppressed by the said corporation’, notes that those subjects have been seriously oppressed by the Bank’s failure to control the greed, risk-taking and speculation of the banking system over which it presides; and therefore suggests that this oppression should be dealt with as the Act provides by fines three times the value of the abusive trading.

It is going to take more than a few token words from elected representatives to unstitch the cloth of central banking power. Only the military can help us now.