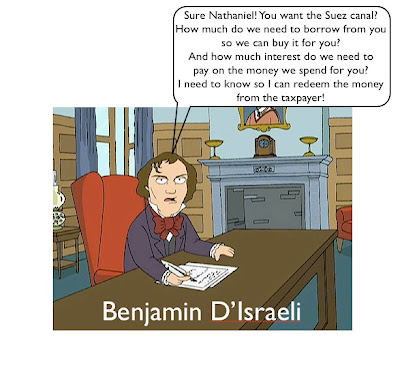 The Stat fiddle was a remarkable blunder, because they gave away what they most wanted to hide. Presumably they also push up stories that they consider harmless.

TAP – I had wondered about that, especially if they have seeded a story onto the web.

The Tap Blog is under close observation (by idiots apparently), as is clear from the fiddling of the blog stats, amongst other things.

(TAP – my own IP address appears as being in the USA, although I am blogging in the UK, which is another mild giveaway! It says I’m using a Mac using Safari. I’m on Chrome on a Fujitsu laptop. My scrawl and yours goes direct to CIA monitoring.)

Fiddling the stats is done rarely but when it was done recently, TPTB inadvertently shone a floodlight on what they most wanted to hide. The text that was occulted by Google related to an issue that is of vital importance to us all: the colossal, ill-concealed wealth and power of the Rothschilds.

That is the boulder that needs to be moved.

The following is what they don’t want people to see:

“Then of course there is the obvious cover-up of the colossal Rothschild wealth, which itself conceals colossal political power with its concommitant secrecy in places like the US Treasury, where every last cent of the huge, coerced and odious federal debt is collateralized by America’s huge resources and of course the resources of many other countries, thanks to the World Bank and the IMF.

Anybody who believes that the Rothschilds somehow ‘missed out’ in America is a simpleton. The owners of the Fed are in the Rothschild pocket and have been for over a century. Even the great JP Morgan turned out to be a Rothschild pawn, when his will was read.”

As I wrote earlier: “If you get Niall Ferguson drunk, he will admit that the Rothschilds must be worth hundreds of trillions. If you project their worth in the 1850s and allow for inflation it’s obvious. The investments of the average US congressman were beating the average Wall Street investor by 12% per annum in the nineties, and they weren’t market makers like the Rothschilds. And yet the name of Rothschild is absent from all the lists of the world’s richest individuals and corporations. That’s because they own the lists. They could bail out the PIGS with small change.“

So the European financial crisis is a leg pull.

Niall Ferguson and Ambrose Evans-Pritchard are quoted every day in the media as pundits of the collapse. They know full well that the wealth and sheer diversity of the power of the Rothschilds eclipses dwarves like Gates and Buffett. If they had the courage to tell the truth and publish it, they might even stop the Rothschilds in their tracks, as Putin did in 2003, when he arrested Khodorkovsky.

When Eustace Mullins was researching his seminal work, “The Secrets of the Federal Reserve”, the first copies of which were burnt by court order, he discovered that the Rockefellers were in the Rothschilds’s pocket, exactly as the great JP Morgan is known to have been. A few years ago in Russia, the same thing was discovered: Khodorkovsky was in the pocket of Jacob Rothschild. The Rothschilds rule by coercion and no family on earth is strong enough to beat them though, amazingly, the Gadaffis are trying. The Rothschilds have already been challenged in Israel by the military/intel establishment, who don’t want anything to do with a Rothschild war with Iran.

The Google attempt to suppress the truth about Rothschild wealth and power is an excellent confirmation of that wealth and power. Not only that, it casts light on a vulnerability that could save us all a lot of grief. Excessively concentrated, coercive power has many enemies. There are very few stakeholders in the Rothschild world, because it is a world of orchestrated poverty and chaos.

The Google fiddle confirms information about the Rothschilds that I received in 2003 from Capt. D. of MI6 and Maj. W. of the DIA. My thanks to both of them.

I should add that since 9/11, the Rothschilds have had problems that they didn’t expect, notably in 2003 when Putin clawed back the Russian economy. He had also given them a shock in February 2000 when he got together with the Saudis to hike the price of oil 150% (with my help).

I also warned the Chinese of the danger of allowing in the Western banks. They seem to have listened because on April 27th 2005, the Vice Chairman of the State banking commission announced that China was going to delay its compliance with WTO banking requirements. That way they prevented the Rothschilds from infecting their banking system.

A three volume work castigating the Rothschilds has been published in China and was reportedly read by the CCP leadership. Russia and China have flown the coop and that is a big problem for the Rothschilds.

They are too powerful for a NATO humanitarian intervention. NATO hasn’t even managed to digest Gadaffi.

The Rothschilds are certainly managing to bring chaos to Europe and America, which they certainly do control. In the UK, they are in a strange position since they are the permanent government but can’t come out and admit it openly. Hence the Foundation X fiasco, which obviously had nothing to do with the Vatican Bank.

The MPs expenses leak was aimed at diverting public attention from the bankers. The public were fretting over two million while the Rothschilds took a few trillion.

The cock-eyed socio-cultural policy is pure Rothschild – the climate B/S, the PC nonsense with policeman behaving like idiots every day, Hodge/Oppenheimer and her child confiscation and support for paedophiles.

Then there’s Jew Harman and her gay paedophiles. Everything is aimed at making the British feel that they are foreigners in someone else’s country – which is what Britain is nowadays. We’re all customers in the Rothschild shop staffed by perverts we wouldn’t open the door to.

TAP There’s passion in your pen today, Gordon, but I am not quite clear about the last two paragraphs. Is that Harriet Harman? Patricia Hodge? Oppenheimer? Up to that point I was reading your piece with interest. I agree with the fact that the government is excessively friendly with paedophiles, and had blogged as much previously. Could you clarify who you are referring to. It’s a great read otherwise, with some fascinating insights.

(Amusingly this blogpost is giving nil traffic on the meter. They must hate this one. The instant feedback is most reassuring!)

I thought I’d tag an Alex Jones piece on how the elites are infiltrating Occupy Wall Street, and how they break up opposition. Opposition is growing worldwide, but we are a long way from ending the tyranny of the world government, which Gordon sees as based on Rothschild wealth. Webster Tarpley explains.