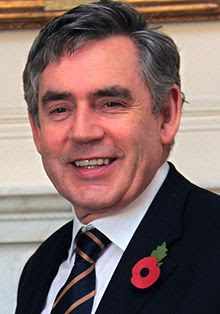 After the Jimmy Savile discussions of the last twenty four hours, not surprisingly many commenters have focused on these issues. Wasp sent in this post from The Truth-Seeker, which suggests the problem is heavily embedded in the ruling elite. Names such as Peter Mandelson, Tony Blair and Gordon Brown all crop up as perpetrators. This is highly disturbing stuff. I pass it on without comment of my own, as I have no knowledge directly, but as Wasp says, it confirms the stories that ex-MI5 Gordon Logan has been writing to us in the last two months. In a sentence, Britain is run, not by a government, but by a very powerful paedophile ring.

——————
Michael James, an English patriot, is a blacklisted and surveilled former freelance journalist resident in Zionist-occupied Germany since 1992 with additional long-haul stays in East Africa, Poland and Switzerland. He advocates a Leaderless Resistance to destroy the Soviet European Union and is actively working towards a free and independent England.

If we are to update ourselves, we need to know what the situation is with the current Conservative Coalition government. Thanks to Michael James.

6 Responses to “How High Does Paedophilia In Government Go?”