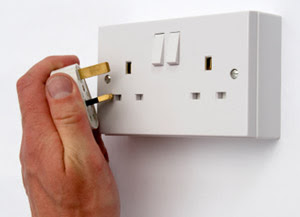 I’m finding out some new things about HAARP. Fulford called for the USAF to bomb the power supply cables of the HAARP installations because of their use as an earthquake weapon. He didn’t know that HAARP is also going to be used to knock out the magnetosphere in 2013 and the world’s electrical supplies. The aim is mass depopulation in a period of sustained chaos that has already begun with the financial shakedown.

The facilities can’t have an external electrical supply because that would get knocked out as soon as the magnetosphere is affected. The faciliities would effectively deprive themselves of their own power supply as the sun’s high energy particles heated the conductors. So I checked today and sure enough I found that Gakona has no overhead power cables and it can’t have underground ones because it’s lost in virgin forests. The power supply is a mystery.

One way or another, the Chinese government is expecting a global power outage lasting up to three and a half years. Similar predictions are coming from serious sources in the States. I might add that my communications on the subject were intercepted by the Chinese and they concluded that they were ‘very important’. So something’s up.

TAP – it’s odd that the period is clearly defined to three and a half years. That sounds like the period the elites will stay underground and emerge after, hoping the rest of humanity is mostly dead.

The power source for HAARP is no doubt the earth’s own electricity, which Tesla discovered during his Colorado experiments.