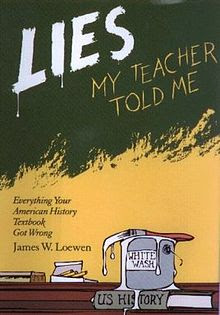 Is it surprising that, despite all efforts to ban sites such as this, kids are finding their way onto the internet and realising that much of what passes for news on the TV is untrue, and that the versions of history told in the classroom are less than complete or honest? Thank heavens that dumbing down of education hasn’t killed off kid’s natural curiosity, and a determination to find out the truth. In fact many kids will soon realise that they can educate themselves much better by staying away from school, where the curriculum is merely repeating the lies demanded by the powerful, to enslave peoples’ minds. The only way to find out the truth is to work on the net, and start the process of unstitching the fabric of lies on which the modern world has been built.

Go for it, kids. Ignore the likes of Demos, who are responsible for the lie-telling. Of course they will try to box you back in in the world of ignorance they prefer you to grow up in. Set yourselves free, and challenge the curriculum. It’s garbage for the most part, as are most of our political and social entities. Kids of every generation want to knock down and rebuild what came before. The current generation has a fantastic chance to do exactly that.

New research finds that 48 per cent of teachers surveyed by the think tank Demos report having argued about conspiracy theories with their pupils.

One in twenty say this happens on a weekly basis.

In a report published today, Demos warns that ‘digital natives’ (12-18 year olds) are often confident, but not competent internet users.

One in four young people do not make any checks at all when visiting a new website. Less than 1 in 10 ask who made the site and why. One third of young people believe that information generated by search engines must be true and 15 per cent base their opinions of a website on how it looks and feels to use.

The report includes the results of a survey of 509 teachers in England and Wales about their pupil’s digital fluency.
It found:

Misinformation, propaganda and conspiracy theories are being brought into the classroom:

47 per cent of teachers surveyed report having arguments in lessons of receiving school work that contains inaccurate content from the internet (for example, holocaust denial).

TAP– Ahem – if the teachers could prove the holocaust, there would be no problem with dealing with denial. If kids can see that terrorism is false flag, and so on, they will love dropping it in their homework, poking fun at their spoon-fed teachers who don’t dare tackle the lies of the establishment, as they know they might lose their jobs if they did. The worst that could happen to a kid is to be marked down for exploring the truth. The highest status will soon be acquired by winning the lowest marks.

5 Responses to “Government In Shock. Kids Are Finding Out The Truth On The Internet.”