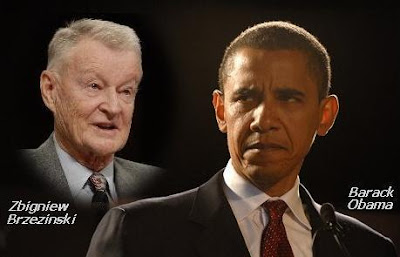 On 14 October, President Barack Obama announced he was sending United States special forces troops to Uganda to join the civil war there. In the next few months, US combat troops will be sent to South Sudan, Congo and Central African Republic. They will only “engage” for “self-defence”, says Obama, satirically. With Libya secured, an American invasion of the African continent is under way.

Obama’s decision is described in the press as “highly unusual” and “surprising”, even “weird”. It is none of these things. It is the logic of American foreign policy since 1945. Take Vietnam. The priority was to halt the influence of China, an imperial rival, and “protect” Indonesia, which President Nixon called “the region’s richest hoard of natural resources …the greatest prize”. Vietnam merely got in the way; and the slaughter of more than three million Vietnamese and the devastation and poisoning of their land was the price of America achieving its goal. Like all America’s subsequent invasions, a trail of blood from Latin America to Afghanistan and Iraq, the rationale was usually “self defence” or “humanitarian”, words long emptied of their dictionary meaning.

In Africa, says Obama, the “humanitarian mission” is to assist the government of Uganda defeat the Lord’s Resistance Army (LRA), which “has murdered, raped and kidnapped tens of thousands of men, women and children in central Africa”. This is an accurate description of the LRA, evoking multiple atrocities administered by the United States, such as the bloodbath in the 1960s following the CIA-arranged murder of Patrice Lumumba, the Congolese independence leader and first legally elected prime minister, and the CIA coup that installed Mobutu Sese Seko, regarded as Africa’s most venal tyrant.

Obama’s other justification also invites satire. This is the “national security of the United States”. The LRA has been doing its nasty work for 24 years, of minimal interest to the United States. Today, it has fewer than 400 fighters and has never been weaker. However, US “national security” usually means buying a corrupt and thuggish regime that has something Washington wants. Uganda’s “president-for-life” Yoweri Museveni already receives the larger part of $45 million in US military “aid” – including Obama’s favourite drones. This is his bribe to fight a proxy war against America’s latest phantom Islamic enemy, the rag-tag al Shabaab group based in Somalia. The RTA will play a public relations role, distracting western journalists with its perennial horror stories.

However, the main reason the US is invading Africa is no different from that which ignited the Vietnam war. It is China. In the world of self-serving, institutionalised paranoia that justifies what General David Petraeus, the former US commander and now CIA director, implies is a state of perpetual war, China is replacing al-Qaeda as the official American “threat”. When I interviewed Bryan Whitman, an assistant secretary of defence at the Pentagon last year, I asked him to describe the current danger to America. Struggling visibly, he repeated, “Asymmetric threats … asymmetric threats”. These justify the money-laundering state-sponsored arms conglomerates and the biggest military and war budget in history. With Osama bin Laden airbrushed, China takes the mantle.

Africa is China’s success story. Where the Americans bring drones and destabilisation, the Chinese bring roads, bridges and dams. What they want is resources, especially fossil fuels. With Africa’s greatest oil reserves, Libya under Muammar Gaddafi was one of China’s most important sources of fuel. When the civil war broke out and NATO backed the “rebels” with a fabricated story about Gaddafi planning “genocide” in Benghazi, China evacuated its 30,000 workers in Libya. The subsequent UN security council resolution that allowed the west’s “humanitarian intervention” was explained succinctly in a proposal to the French government by the “rebel” National Transitional Council, disclosed last month in the newspaper Liberation, in which France was offered 35 per cent of Libya’s gross national oil production “in exchange” (the term used) for “total and permanent” French support for the NTC. Running up the Stars and Stripes in “liberated” Tripoli last month, US ambassador Gene Cretz blurted out: “We know that oil is the jewel in the crown of Libyan natural resources!”

The de facto conquest of Libya by the US and its imperial partners heralds a modern version of the “scramble for Africa” at the end of the 19th century.

Like the “victory” in Iraq, journalists have played a critical role in dividing Libyans into worthy and unworthy victims. A recent Guardian front page carried a photograph of a terrified “pro-Gaddafi” fighter and his wild-eyed captors who, says the caption, “celebrate”. According to General Petraeus, there is now a war “of perception … conducted continuously through the news media”.

For more than a decade the US has tried to establish a command on the continent of Africa, AFRICOM, but has been rebuffed by governments, fearful of the regional tensions this would cause. Libya, and now Uganda, South Sudan and Congo, provide the main chance. As WikiLeaks cables and the US National Strategy for Counter-terrorism reveal, American plans for Africa are part of a global design in which 60,000 special forces, including death squads, already operate in 75 countries, soon to be 120. As Dick Cheney pointed out in his 1990s “defence strategy” plan, America simply wishes to rule the world.

That this is now the gift of Barack Obama, the “Son of Africa”, is supremely ironic. Or is it? As Frantz Fanon explained in Black Skin, White Masks, what matters is not so much the colour of your skin as the power you serve and the millions you betray.

For more information on John Pilger, visit his website at www.johnpilger.com