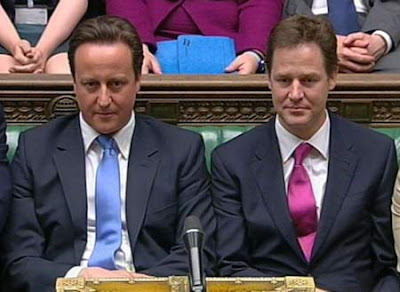 Well, they’re not working for us, are they…..
Who knows where their recent mystery holidays have been taken? Underground somewhere?

By some estimates 60,000 people died when the underground cities at Denver and Washington were nuked three weeks ago. As Me says in comments, if that’s true, has anyone noticed any of them not return home yet?

In the Fulford interview with David Wilcock, which appeared anonymously in comments today, he is asked what will happen next when the ‘White Hats’ and the ‘White Dragon’ moves in on the elites after frustrating all their plans to fry the world’s population on the surface while they luxuriate below ground. This was his reply –

The official bankruptcy announcement, and the potential shock of widespread bridge and runway detonations, will be immediately followed by mass arrests.

This will include key staff from all three branches of government: senators, congressmen, judges and executives.

Fulford has said that the Pentagon may now house these people, at least temporarily, in the very same “detention camps” they had originally planned on using against American citizens.

TRYING TO FIND A HIDING PLACE

Everyone on this list is scrambling for a place to hide. The bases near Washington DC and Denver were both quite popular due to their convenient locations.

Most of the top people had comfy, personalized living spaces already set up in these locations – with their own memorabilia, keepsakes and nostalgic items.

Many of these people have also moved their personal belongings to purported safety zones in South America – and only have a minimum number of items left in their own homes in the US.

I am told the cabal members have near-instant escape flights planned. The pilots and aircraft are now on 24-hour notice.

Most of these pilots will probably defect.

I also have very good intel that the personnel staffing these safety zones have already agreed to turn on them as soon as they arrive.

Pilots who do not defect are undoubtedly in mortal peril if they attempt to complete these flights.

Fulford also said the South American countries themselves have now agreed to infiltrate and disrupt these zones – and their incoming flights.

Fulford has talked at length about how the number of insiders who are fearing for their lives is about a million people.

They have been scrambling around the world trying to beg, borrow or steal any land where they could have sanctuary.

They have used earthquake and weather weapons to punish countries who denied them access. This includes the Christchurch quake in New Zealand after the cabal was denied use of their lush, southernmost mega-island.

North Korea is the first country that is even considering helping them, and this development has only occurred very recently.

Kim Jong-Il will only help them if they promise to help him regain control of South Korea. This entire plan is very unlikely to succeed.

And now, back to the recorded interview.]

22 Responses to “What Will Happen To The Elites Once Their Rule Is Over?”