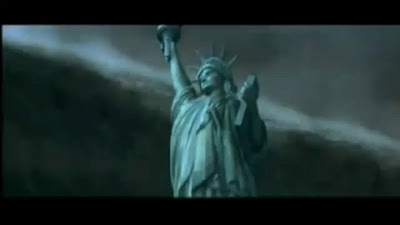 Is this the stuff of movies?

Elenin is a dwarf star with enormous mass. It triggered the Japanese earthquake according to this video as it approached earth in March, and is making another closer pass to earth on September 26th and again in october and late November. I’ve no idea how authoritative this is, but it might explain the urgency of destroying the underground cities mentioned in recent posts.

The pluming volcanoes in the western half of the US that Dutchsinse was demonstrating before his channel was silenced, could be the elite readying the earth for more and greater catastrophic volcanic and earthquake events through the use of HAARP, in preparation for the next passage of Elenin.

This video states that Elenin is being piloted, as its path is inconsistent and cannot be explained any other way.

All was in place for the elites to set off and survive a possible coming planetary catastrophe until recently, but now their underground cities are not so readily available, they might find their plans misfiring. I do hope so!

They seem to be playing some exceedingly dangerous games of late. 911 will seem like a picnic. It doesn’t seem like a hoax. Although commenters seem to think it’s another Illuminati scam, and the style of the voice seems suspiciously similar to Dutchsinse, meaning this could be a deliberate copy of a style used successfully by Dutch before his channel was compromised, not that it’s the man himself!

from before it’s news.

Right now I can’t access blogspot because my proxy’s expired. TPTB are constantly trying to wind us up with one thing or another in order to divert our attention from the real issues. I doubt if Elenin is a real issue.

You mean things like the spread of caesium from Fukushima, which is going to be around a very long time. I note they are trying to blame that earthquake and tsunami on Elenin. Maybe they will coordinate their ‘events’ timetable to the non-existent planet’s supposed near-earth dates in October and November!

Me writes in comments to reply to georgesilver

You wrote – On the 28th September, when nothing has happened, we will finally be able to confine to the dustbin Elenin, the dwarf star, Niburu, the blue and red kachinas, the Annunki, the Mayan calendar doom merchants and host of other predictions.

I’ve never said anything about Niburu or Annunki but Elenin has – coincidence or not – been in a Sun – Earth – Elenin conjunction twice in the last two years. Each time corresponded with a rare mega 8.0+ earthquake. To put that in perspective, there have only been three 8.0+ quakes in the last four years!

Only thing I’m interested in about Elenin is whether on November 22nd when the Sun – Earth – Elenin alignment happens next we get another axis moving quake. The alignment on the 27th September is Sun – Elenin – Earth so I don’t know if that counts or not.

9 Responses to “Elenin Is Coming Sooner Than We Thought”