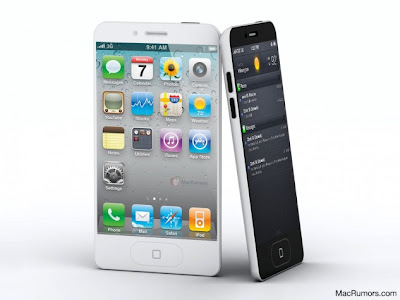 I’ve been getting emails from a strange cove over in the US of A about share/securities and other markets for a few years. I don’t always read them, as ‘Mike’ gives far more detail than I can ever absorb. My interest in money and finance is only partial, but he often throws in a few political side comments which keep me browsing.

His latest email notifies his notions about current and coming events, including next week’s launch of iphone5-4, which he says is a genuine technological advance using voice recognition so you can soon talk instructions to your phone rather than key everything, as we do now.

He observes this and other clues, and states that, what he calls ‘The Dark Side’, are preparing to rocket the markets upwards once more. I’m more an Elliott Wave man myself seeing the current market as falling further. But I always keep a few bets on both ways, just in case. His forecasting record is not great, to be honest, but he’s sometimes good at spotting key events. I thought I’d pass on this extract –

There’s a bit more to the new iPhone5 product. It really IS a technology advance. Voice recognition comes alive.

This team is for real as significant technology inventors/innovators coming from Stanford Research Institute (SRI) and Google. These folks are much more than product managers or software writers.

That’s interesting to know about. Then he adds this throwaway line about his take on the other things currently finding their way into the news.

I can tell you that the Dark Side the last two days are very active sending messages to try and get us flustered. But it is THEY who appear anxious as their last Theater Act seems to be their FINALI.

I wonder how he knows. His website is called interventionalanalysis, where he tracks the movement of markets and demonstrates how the moves are, in his opinion, heavily manipulated by intervention.

He’s not always wrong! He’s spot on at least in saying that the last two days has been all about keeping everyone flustered, with talk of solar flares, planets passing close to the sun etc. And there is much evidence that the efforts to save the great currency project look doomed to fail, despite Geithner’s promise to hurl trillions of $$$s at it. As to whether this next attempt to save the One World Empire from crashing is their last act, or merely ‘the end of the beginning’, I can’t say.

Until the public starts to get it, that something much bigger is going on than they are yet willing to imagine, the ‘Dark Side’ can keep operating and manipulating from the shadows. I find it incredible that most people still talk of 911 being an inside job as ‘a conspiracy theory’, but most laugh nervously and say exactly that – as if they really do understand on one level that something’s not quite right, but don’t want to admit the truth, even to themselves. While the Dark Side lives on within people’s minds, and they still prefer to trust as the truth the media’s daily outpouring of lies, the end cannot be near.

Something has to snap first, and people have to take what is an enormous psychological step – to stop believing in Father Christmas, and iphones, and see that those who are controlling their minds, are not their cuddly friends at all. For many it will take a monumental shock to budge them, which in one form or another will, most likely be arriving, but will it be too late? People would do better to make the adjustment in their thinking ahead of time.