There were 5 5+ earthquakes on 27th September 2011 at different points around the globe. The full effects of Nibiru’s passing are billed as being catastrophic by some sources, and of curiosity value only by others.

The elite’s underground bunker system would seem to be a useful place to ride out the storm, but some of these have been blown up in recent weeks, by the US military trying to bring the CIA to heel.

If this story is all true, it will only be by the end of the year, after the 22nd November that this event will be over and the dwarf star will have passed on its way.

The next passings (October and November) might be of far greater impact as the dwarf star will be in alignment with the earth and the sun, but next time sun, earth, Nibiru. Some fear this could set off a reversal in the poles, causing massive flooding, tsunamis and the cancellation of the number 430 bus from Roehampton.

The reports from Gordon Logan indicated that the elites were choosing just such a moment to depopulate the planet, enhancing the effects of solar flares by using HAARP to disable the magnetosphere. But with their bunkers nuked, they might have to reconsider such a plan.

I know that Me in comments will have something to add to all this. As the dwarf star passed most recently at the time of Moses and the flight from Egypt, there is not a lot to go on from its previous track record. Yet Moses was still around after it had gone on its way, so that can’t all be bad. Mind you the Egyptians didn’t do so well if you remember. 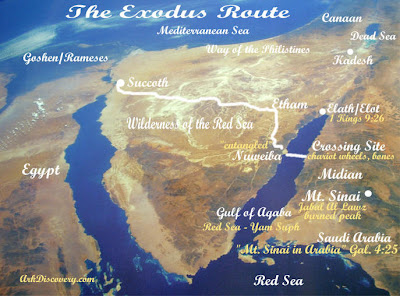 Conservative interpretation of The Book Of Exodus –

“[W]ind alone did not do all that was necessary in this instance. God alone had to intervene with additional supernatural power. We know that the water involved was deep, and not merely that of a marshy area, for later the Egyptians were drowned in it (Exod. 14:27-28). More-over, the lake bottom was made sufficiently dry (Exod. 14:22, the Hebrew using yahbashah) so that Israelites could drive their wagons over it. Still further, the path had to be very wide, perhaps as much as a mile, to permit more than two million Israelites to cross during part of one night. To push back water for a half mile on one side and a half mile on the other side would indeed take the miraculous power of Almighty God” (Wood, p. 106).

(or one of his planets!)

……Elenin has – coincidence or not – been in a Sun – Earth – Elenin conjunction twice in the last two years. Each time corresponded with a rare mega 8.0+ earthquake. To put that in perspective, there have only been three 8.0+ quakes in the last four years!

Only thing I’m interested in about Elenin is whether on November 22nd when the Sun – Earth – Elenin alignment happens next we get another axis moving quake. The alignment on the 27th September is Sun – Elenin – Earth so I don’t know if that counts or not.

Question – Is Elenin just a modern name for Nibiru?