On Tuesday The Home Secretary will be explaining her plans to stop Police having to spend the majority of their time on unnecessary paperwork, and to get them back out on the beat.  She is also going to bring in proposals that not all cases have to be brought to the courts via The Crown Prosecution Service, even the most minor.

These are common sense effective ideas.

We need less of a media-centric approach with high profile big deal newsworthy ‘actions’ being taken, and more simple effective, not so exciting ones.  Cameron is looking like a me-too Blair.  In the bull market, such ways were acceptable.  People are now tired of big deal political gestures.  They just want the trouble sorted out. 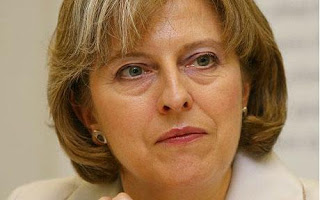 Theresa May will do it well enough.  She is quite right not to accept the appointment of Cameron’s Supercop.  It’s a meaningless tiresome gesture, like so many others of the big media politicians in the USA and here in the UK in the 1990s and beyond.  This is a bear market.  Just do the job, and shut up, guys.  Don’t demand continual attention.  In fact can’t we have a leader like Theresa May?