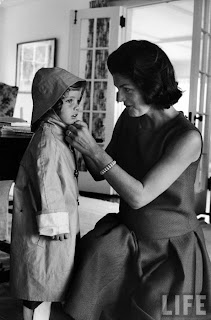 A tape recording made by Jackie Kennedy just emerged
that states she believed that Lyndon Johnson had her
husband killed.

Jack Ruby hinted as much when he was arrested for
shooting Lee Harvey Oswald.

Other fun facts about Jack Ruby:

1. He had worked for Richard Nixon in California

2. The building his Dallas nightclub was in was owned
by George H. W. Bush.

Funny how little details like this get lost in the shuffle.

The still unsolved mystery of the 1963 US coup.


The story is that Lee Harvey Oswald shot and killed John F. Kennedy with a feat of sharp shooting that no one has been able to duplicate since.

Oswald out of the picture…the end of any conspiracy investigation.

Here are four things the Dallas police and the national news media did a good job of covering up:

(Ruby owned a strip club which served as a meeting place for local organized crime figures and a popular hang out for Dallas police officers.)

* Ruby once worked for Richard Nixon.

Watch the police spokesman lie at the press conference and a valiant reporter’s effort to point out the obvious.

And listen to what Ruby says at the very end of the tape:

Ruby: “If Adlai Stevenson had been Vice President, there never would have been an assassination of President Kennedy.”

Reporter: “Can you explain that?

Ruby: “The answer is the man who is in office now.”